Despite the lowest mortgage rates in decades, the Massachusetts housing market is slumping as it works its way through the most devastating real estate crash in U.S. history. Home sales declined to the lowest level since 1990 after the federal home buyer tax credit expired. The drop-off is also attributable to high unemployment and weak confidence in the housing market as consumers see foreclosures increase. 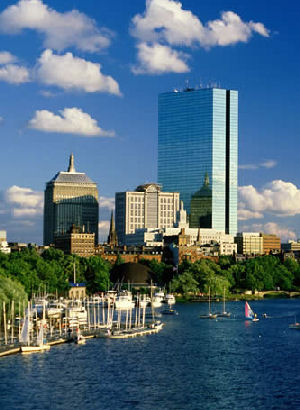 The foreclosure crisis has devastated Massachusetts, which had seen an improvement in sales from the federal tax credit that turned out to be only short-lived. Almost half of all the homes that were sold were bank owned foreclosures or short sales. Housing throughout the state will take a while to fully recover from its drastic drop-off. Most of the mortgage activity has been confined to refinancing those mortgages that could be refinanced.

In Boston the market is anything but close to stabilizing, as many jittery homeowners wonder if they’ll be next to lose their jobs and then their homes to foreclosure. Home sales were aided by the tax credit but now the next shoe may already be dropping in the hurting Boston market as consumers hesitate to make a move uncertain of the economy.

However, Massachusetts has been producing jobs two to three times faster than most of the country. The state has been doing better than others because the housing bubble was less severe, and health care and education have remained resilient for employees. But that doesn’t mean things will improve quickly in Boston with average home prices forecast to deflate 8.7% in 2011.

the banks is enough to make them negotiate with mortgage holders, the foreclosure crisis could be limited from causing further damage to the nation’s economy.

Outside of Boston in Cambridge, the housing market is trying to gain some sort of stabilization as the inventory of homes on the market decreases with hungry bargain hunters looking for a deal. The inventory turned prices much lower in the area, which doubles as the east coast version of a high-tech center second only to Silicon Valley and the home of Harvard University. Foreclosures, however, still cripple the market in Cambridge forcing home values to slide. Average housing deflation is forecast to hit 9.6% in 2011. 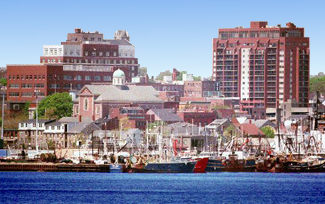 In the state’s second largest city, Worcester home sales nearly ground to a halt after the federal credit came to an end. Joblessness is about the same as Boston, but the community has sustained a more drastic drop in home values. Homeowners unable to afford mortgages or upside down so much they see no other way out have left the keys on the kitchen counter in Worcester for bankers to retrieve. Without more assistance it’s likely that more homeowners will follow suit and let the banks take the homes back. Despite near record low mortgage rates, home sales are projected to be slow during the year and average prices are forecast to decline 9.2% by year’s end.

More homes were also selling in New Bedford, but the market will now have to adjust to lower home prices and rest into a sort of adjustment before things can stabilize and that could take a long while in old New Bedford, where vacant homes have become all too dominate in the fallout of the foreclosure crisis. Home prices are forecast to take a dip of another 6.9% by year end.

In Springfield higher unemployment has rocked the housing market as the area racked up the largest number of foreclosures on a per capita basis in the state. As homeowners lose jobs and stop paying mortgages an increasing number are being foreclosed in Springfield. Home sales took a massive drop after the federal tax credit expired, pushing the market into more trouble. Sales should remain slow in 2011 with home values forecast to decline an average of 7.6% in 2011.