Troubled by a state economy in chaos, New York is facing one of the most challenging times in history. Although foreclosures are a problem in the fallout of the worst real estate crash in the U.S, driven by a healthier supply of able buyers, New York consistently ranks as one of the lowest in foreclosures. While the foreclosure crisis is destroying economies elsewhere, the housing crisis is better in New York as a result. 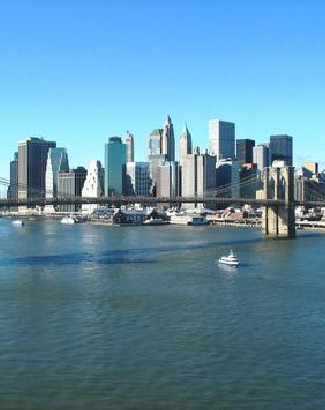 Still, however, home values are declining in the City that Never Sleeps even after prices moved higher during the federal tax credit for home buyers. Sales should improve in Manhattan and throughout the boroughs of New York City towards the middle of the year as New Yorkers become more accustom to the new economy, an era of less bank lending, lower leverage and less abundance.

More foreclosures will materialize in 2011 to drive a rise in home and apartment sales in Manhattan, where prices are forecast to decline 10.3% for the year on average. The impact of the financial crisis and high state taxes will also trouble the rest of New York City.

The Bronx, Brooklyn, Queens and Staten Island, where bargain priced properties have been keeping the market moving will see sluggish sales through most of the year as the housing market heals from the real estate crash. Home prices are forecast to decline an average of 7.6% in the four other boroughs as more homeowners leave homes to foreclosure as a result of being upside down or unable to afford mortgage payments.

A new sort of hesitancy is developing in the state capitol of Albany over home sales. Concerned about the economy, buyers seem to be overly cautious about the market, slowing sales. Tougher mortgage under-writing criteria are being blamed by home buyers, who are unable to get a loan in many cases even with FICO scores above 700. The fallout from the financial crisis is painful in Albany as residents hunker down, awaiting changes to mortgage lending standards. Slow home sales will result in average housing prices dropping a forecast 8.2% for the year.

In western New York’s largest employment markets hiring by private employers is increasing. Buffalo has seen rising employment in manufacturing and service jobs to aid the economy and make inroads towards recovery in the housing market, which has been blasted by record foreclosures. Home sales plunged after the expiration of the federal home buyer credit.

But prices climbed for the first time in years as demand out-paced the number of low priced homes for sale. The fallout of the financial crisis and a back-log of foreclosures will slow sales during the year.Buffalo is forecast to sustain a slight 2.7% average loss in home prices in 2011.

The shock waves rumbling through the Rochester housing market in the downturn as a result of the federal credit’s expiration will last months. Nothing’s going to be quick about getting over this real estate crash any where in the nation, and in the western fringe of New York State that couldn’t be more evident. 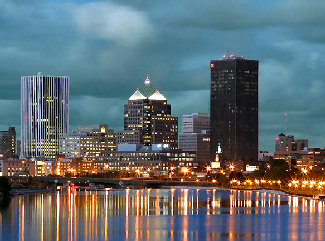 The ailing market has seen better days, but hiring by more businesses is giving the area a much needed shot in the arm. As prices fall home sales will improve towards the summer. Prices are forecast to drop a slight 2.9% for the year.

Upstate in Syracuse the market will also experience a turn around as buyers remain reluctant to take a chance on buying a home until they feel more secure about jobs and home price stability. The massive loss of state residents is seeing an impact in Syracuse, which has seen more vacant homes than many other places as a result. Syracuse is forecast to experience average housing deflation of 3.7% for the year.