High paying government jobs triggered a resurgence of the housing market in much of Virginia as commuters to Washington, D.C. bought up homes to take advantage of the federal tax credit, but sales plummeted after its expiration sending markets into the beginning of a second dip in the housing market. Outside of the nation’s capitol in Arlington home prices were climbing as the supply of homes for sale tightened, but that trend may be only temporary. 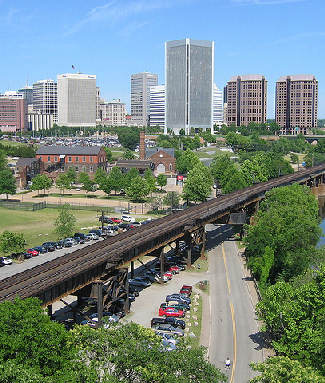 Foreclosures are projected to hit the market in another wave as homeowners who have lost jobs and mortgage holders who are upside down on their mortgages walk away from properties in rising numbers. Multiple offers on homes resulted in the lack of inventory, but restrictive mortgage lending is troubling the market with many buyers unable to obtain home loans. Sales are projected, however, to continue to improve due to the area’s strong job base, but lower housing prices will trouble the market. As home sales return to being sluggish home prices in Arlington are forecast to drop a slight 3.9% in 2011.

Home sales also rose in Alexandria, but the upper-end market is encountering a tough economy with rising mortgage defaults in the face of the worst real estate crash in U.S. history. The Northern Virginia area is one of the strongest housing markets in the nation and it’s all because of the strong job base the nation’s capitol provides with high paying government jobs.

Re-sales sank after the tax credit expired in Alexandria, one of the most expensive zip codes in the country. The region’s economy could be in for a roller-coaster of a ride as the nation adjusts to the new economy with lower leverage, less bank lending and less prosperity. Higher priced homes are facing tougher mortgage under-writing and that is expected to lead to a second downturn in Alexandria in 2011 on forecast deflation of 3.8% on the average home.

In Hampton Roads prices on homes are falling as sales go flat. The drop in home sales is weighing heavily on home values after sales hit a three year high during the tax credit period artificially stimulating the housing market. Despite near record low mortgage rates, home prices haven’t fallen enough to establish a bottom in the market in Hampton Roads to draw enough interest from buyers. The transition to a healthier market will take lower prices and that could take another two years to develop with average deflation forecast at 4.4% by year’s end.

Nearby Norfolk, which forms the urban core of the Hampton Roads area has a large presence in the region with more than 1.6 million residents living in the metropolitan area and one of the largest naval installations in the world. Secure government jobs will bolster the region over time, but not before the large inventory of foreclosures and short sales are sold-off, and that could take a number of years. Norfolk is forecast to see average home values slip 4.6% in 2011. 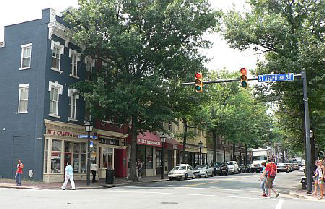 Virginia Beach is the state’s largest urban area encompassing year-round residents and a second home market of properties, including thousands of waterfront condo units on the Atlantic coastline. Home sales rose with the tax credit but plummeted after it ended. Prices are forecast to decline in the New Year as the local economy adjusts to the nation’s new economy, and that is expected to take a number of years. Virginia Beach average home prices are forecast to decline another 4.2% for the year.

In Richmond, thousands of bankers have lost their jobs as the financial industry fell from its perch and millions of Americans joined the unemployment lines. Jobs are the single largest driving force of the housing market and without more jobs in Richmond the economy will falter. Foreclosures are only expected to rise in the region over the next few years, and Richmond is forecast to sustain average home prices to deflate 6.5% during the year.