An uptick in home sales produced by federal tax credits ran-out of momentum after the program’s expiration. South Carolina is suffering through one of the harshest economic disasters in the U.S. as a result of the twin financial and foreclosure crisis as crime rates soar in much of the state.

Home and condo buyers rushed to take advantage of the $8,000 tax credit for first time buyers before it ended, but then activity slowed to a pace that hadn’t been seen in years in many areas. The White House plan to aid the housing market, the Hardest Hit Fund is targeting roughly $59-million in aid to the state mainly to help underemployed and unemployed workers, but won’t be enough to help millions of others.

Sales sank almost half in Columbia, the state capital and most populated city in the state after the credit expired. But home values slowed their downward spiral. The drop in sales is also because of tougher to get mortgage financing. Lenders are tightening mortgage under-writing criteria with mounting foreclosures as more homeowners walk away from mortgages as a result of losing jobs and other difficulties.

But in Columbia the market is stronger than other areas of the state with better employment levels. The housing market should experience a boost as a result when consumer confidence grows over the economy. Average home prices are forecast to decline 5.8% in Columbia during the year.

In the second largest community in the state, Charleston sales also softened after the federal credit expired and foreclosures were halted by a handful of national lenders to look into alleged fraud over foreclosure procedures. North Charleston experienced a similar decline as sales weakened in the troubled economy. Government

programs have come to the aid of the Charleston market, especially around the waterfront area downtown, where older homes are being rehabilitated in the fallout of the real estate crash.

It’s hard to figure when the bottom of any housing market will hit, but nearly half of all homes being purchased in South Carolina are being paid for in cash these days as many retirees and economically secure newcomers move to the state. Charleston and North Charleston are forecast to experience average house price declines of 4.5% in 2011. 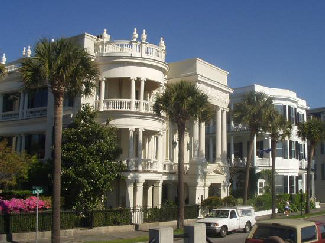 In Greenville vacant homes are becoming an issue in some areas of the community as unemployed homeowners   flee to find work elsewhere in the former world textile producing capital. In the Upstate area, which includes Greenville and Spartanburg 30 miles to the east the economy has been hurting since the textile industry was out-sourced by major corporations and the real estate crash added another blow. The region is expected to see only modest home sales on forecast housing deflation of 8.1% for the year.

Along the Grand Strand in Myrtle Beach home and condo sales also plummeted after the expiration of the tax credit, but were still much better than the pre-tax credit period when sales were off as much as 80%. The impact of the real estate crash has been devastating for the market as tens of thousands of second home and vacation homeowners let properties go to foreclosure. The falling prices aren’t expected to improve for at least a few years in the region, which is one of the most over-built resort markets in the nation. Without additional federal aid for the area Myrtle Beach home prices are forecast to decline another 8.3% in 2011.

Hilton Head, the state’s other large resort market will sustain a lesser decline forecast to be 7.8% for the year on sluggish sales.