Foreclosures and bank assisted short sales have battered the Michigan housing market, as many residents flee the state. But as more investors come out to take advantage of lower home prices and interest rates at near record lows, markets are making inroads to recovery. Home prices rose in Detroit with the federal tax credit for home buyers. But it will be a long road to recovery. 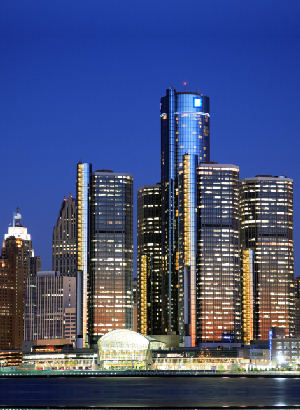 Slammed by the auto industry, the Motor City has lost more than two-thirds its population. The city has started an aggressive program to bulldoze homes that are designated as being in blighted areas. The federally backed program will give a breath of fresh air to the city, which has long been battling higher crime rates as a result of high unemployment, poverty and gang violence.

Home sales declined drastically after the expiration of the federal tax credit, an expected move after federal programs failed to sustain a recovery in housing. Record high foreclosures are projected to take a number of years to be sold-off as some investors remain leery of the market, despite near record low mortgage rates. The battle the community faces will take years to over-come as the city re-structures itself. Average housing deflation in 2011 is forecast to hit 8.4% as bargain based foreclosures compile the majority of sales.

Communities outside of Detroit will have a more difficult time recovering from the downturn since home prices are higher in surrounding areas. Michigan has been in a housing depression for more than five years.

The Grand Rapids area provides a sizeable parts business to the Big 3 auto makers. After General Motors was taken over by the U.S. government small businesses were dealt a blow, contributing to the area’s woes.

Foreclosures make up the majority of home sales in Grand Rapids and that shouldn’t change for at least a couple of years as mortgage holders lose jobs or lose confidence in the local economy. The lower priced homes, however, should present another inventory for bargain hunters to pick over as bankers slash prices to get properties sold. Grand Rapids home prices are forecast to decline 6.4% in 2011 as a result of pricing pressures from REOs.

As the capital of Michigan, Lansing home sales reached a new high for the first time in four years because of the federal tax credit, but also slowed after it expired, and should remain sluggish as prices adjust to a new sort of market in fall-out of the financial crisis. High unemployment is hurting the economy in Michigan. Until more employers are offering work, home sales will just sputter along in Lansing, which should eventually recover. Home prices are forecast to deflate another 7.4% in 2011. 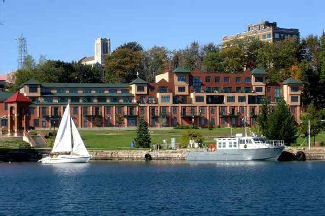 For a time Marquette was troubled little by the problems of Detroit, located hours away from the metropolitan area. But the financial crisis and problems facing the greater economy produced an uncertain climate in Marquette. The second home market has all but dried up as a result of an economy under duress and growing job uncertainty. The UP or Upper Peninsular attracts vacationers during summer months, but the rest of Marquette’s future rings with a troubling uncertainty, and is forecast to see average home prices decline 6.3% for the year.