A surplus inventory of homes and other real estate listed for sale and growing foreclosures hinder Oklahoma housing markets, despite a stronger job market than most of the U.S. and near record low mortgage rates. The real estate crash is only starting to have a deeper impact on the Sooner State. 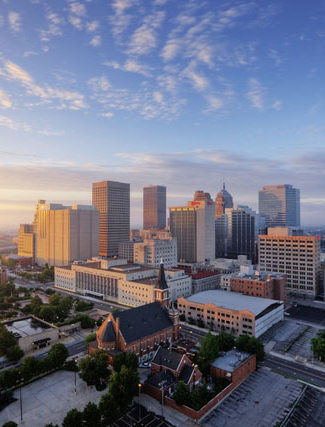 Home sales fell a third after the expiration of the federal tax credit for home buyers. But new home building permits rose 7% in Oklahoma City as builders gained more confidence in the local economy going into 2011. However, dismal home sale figures represent a slowdown in the market that hadn’t been seen in years as more homeowners put homes on the market to sell. The inventory of homes had been slashed by the tax credit but didn’t produce any lasting changes. Home prices are forecast to see an average slide of 4.5% in 2011 as consumers grow less confident about the local market amidst some of the highest unemployment in the state.

Outside of Oklahoma City, the city of Norman grew from a small town to the third largest city in the state during the real estate boom, but since the slowdown in home sales has seen values decline. Average household income has grown for a family from nearly $66,000 annually to just over $69,200 but the market is troubled by a number of underwater homeowners, who are choosing to walk away from their mortgages. A slowdown is anticipated in sales for the New Year and Norman is forecast to sustain housing deflation of 3.6% in 2011.

Driven by the federal tax credit in Tulsa home sales grew, and then slowed as prices began to decline after years of upward movement. But the city has had its own series of problems with economic downturns resulting in population losses for five straight years until 2005. The economy improved during the real estate boom as more employers moved to the area, but a stagnating economy could hurt the area in the future.

Investors may see the Tulsa market as a safe haven for buying rental properties because of its lack of volatility in terms of housing prices, but a more sluggish market projected for 2011 will take some of its equity. Job losses in agriculture and energy will have an impact and produce lower consumer confidence in the housing market as the community withstands the financial crisis and tight mortgage lending conditions. Average home prices are forecast to see deflation of 4.1% in 2011.

The city of Broken Arrow grew 24% in population since 2000 as a result of the booming economy to become the state’s fourth largest city with a population of 92,931, according to state estimates. Since 1993 the community has been building new infrastructure to support the growth, and plenty of new housing developments have been built. But a slowdown of sorts seems to be finally developing in the area as construction slows and workers are idled.

The mostly new home developments that make up Broken Arrow support a city that has seen massive growth adjoining Tulsa, which remains Oklahoma’s second largest metropolitan area. The roller-coaster of growth that Tulsa experienced is possible in Broken Arrow, but city elders are working to insure the city won’t encounter such difficulty. The community is forecast to sustain slower home sales in 2011 with average deflation of 2.9% through the end of the year.

In Lawton just about every homeowner who could refinance their home has already done so amid tighter mortgage underwriting. Rigid guidelines are projected to hurt the market over coming months and damage home prices as Lawton and the rest of Oklahoma encounters a tough economy. Home prices are forecast to decline an average of 3.2% in Lawton in 2011.