It was a sugar high that gained momentum with the home buyer tax credit, but after its expiration home sales slowed almost like a car coming to a stop sign. Record high foreclosures coupled with one of the highest unemployment rates in the nation have crippled the Ohio housing market. Displaced Ohio workers are beginning to get aid from the Hardest Hit Fund, but without more assistance the region is in for a tough New Year. 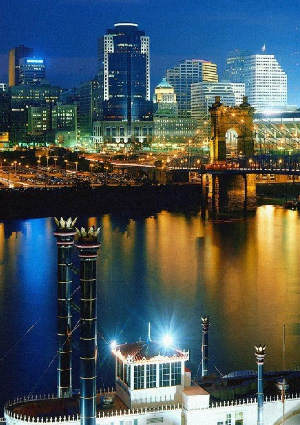 A bloated inventory of homes listed for sale and waning buyer demand for property has sent home sales tumbling after increasing for the first time in almost two years in Columbus. Banner months of sales driven by the first time home buyer tax credit have dried up, despite record low mortgage rates. The trend is evident just about every where in the nation, but managed to keep home prices elevated in some areas.

However, prices are declining in Columbus and are projected to remain moving south for most of 2011. Average home values are forecast to decline 7.4% in Columbus for the year.

As one of the most severely impacted foreclosure capitals of the nation, Cleveland showed signs of possibly sustaining a recovery, but the pain of record foreclosures, vacant properties, a local economy in turmoil and a record number of homeowners walking away from mortgages has brought any chance of a bottom to the housing market developing to an end, at least for now.

Home prices got so low in Cleveland many buyers thought they couldn’t get any lower, and started buying up homes, but home values are projected to decline again in 2011 as the region deals with the fallout of the financial crisis amid the worst real estate crash in U.S. history.

Unemployment above the 10% range is hurting Cleveland along with all of its other problems. Cleveland is forecast to witness average home prices deflate 6.7% in 2011.

The inventory of homes for sale is growing in Cincinnati, which the regional multiple listing service says stands at an 11.1 months inventory.  However, bargain hungry buyers are out picking up the deals as much as they can in  Cincinnati, where prices have actually been on an upward stride. But the over-supply of homes will pressure pricing along with record foreclosures over the course of 2011, making it difficult for the market to recover.  Cincinnati average home prices are forecast to decline a slighter 3.8% during the year.

Economic hard times in the auto industry aren’t limited to Michigan. Toledo has a major GM plant that specializes in making the jeep. The auto business has hurt home sales as workers jettisoned from GM gave up on paying mortgages. But since the return of many workers after the auto company was bailed out by the government sales have still remained soft and home prices are moving lower. 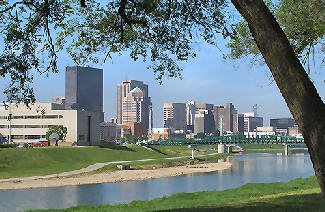 Toledo has suffered through hard times more than any where else in Ohio as a result of the GM bankruptcy. More troubles as a result of the financial crisis coupled with high unemployment will make it a tough year for Toledo, which is forecast to experience average housing deflation of 7.3% in 2011.

Home sales and prices are also declining in hard hit Dayton, where sales are off as much as a third since the expiration of the federal tax credit. The closing of the GM plant in Dayton hit the community hard two years ago and it just hasn’t been able to adjust since with plenty of residents leaving the area for jobs elsewhere. Home sales are projected to remain sluggish in 2011 and prices are forecast to decline an additional 6.8% on average during the year.