Troubled by nervous newcomers concerned about the economy and selling their homes before moving, Wyoming is sustaining the financial crisis and the housing bust much better than most of the nation. Retirees and tourists are providing a boost to the economy for the state that has the lowest population of any in the U.S. 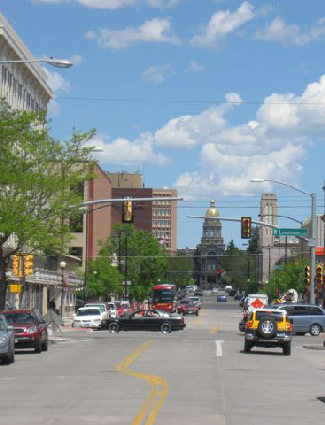 In the state capitol of Cheyenne, new starts on home construction have been cut, but local bankers are providing a much needed avenue for the market with home mortgages. Wyoming was barely affected by the mortgage crisis as national lenders stayed away from offering creative new Alt-A and subprime mortgages. The impact of the housing bust has also been minimal on the market as the energy business attracts newcomers to the area. Home sales are projected to improve over the year in Cheyenne on forecast average inflation of 1.9% in 2011.

In Lander more new homes are slowly being built for energy workers, who spent months living in RVs and campers due to a lack of housing. Energy markets are moving towards building momentum as oil prices rise, and the outlook for natural gas usage improves providing further stabilization for the region.

Unlike most of the country, foreclosures aren’t providing discount properties for the market to compete with the inventory of homes in Lander and the rest of Wyoming, which is mainly composed of smaller cities and towns. As the lowest populated state in the nation, Wyoming also has one of the lowest

foreclosure rates and has felt little impact from the foreclosure crisis. Home prices in Lander are forecast to rise an average of 2.2% for the year.

The natural gas methane fields outside of the city of Buffalo will also attract more new workers to the region as the U.S. reliance on natural gas grows and energy markets flourish. The Buffalo housing market should experience an upshot as a result with home values projected to feel the impact. Average home prices should move slowly higher and are forecast to increase a slight 1.4% this year. 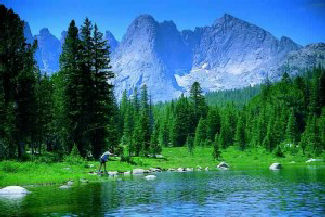 In Cody existing home sales showed an upward trend in 2010 over the previous year and are expected to experience another move in the right direction in 2011 as consumers gain more confidence in the market and the overall economy. Lower priced homes below $250,000 are seeing the most activity as buyers remain hesitant over the direction of the market.

Wyoming is recognized for its picturesque Rocky Mountains and outdoor activities, including fishing and hunting as one of the country’s most scenic wonderlands, attracting hundreds of thousands of tourists annually. Cody and Cheyenne do their share attracting out of town visitors for horseback riding and western celebrations. Cody is projected to see more home sales towards the summer months when western celebrations attract tourists with forecast average housing inflation of 2.0% for the year.