As one of only two states to experience job growth in the past year, Texas home values haven’t suffered like other areas of the country, but home prices are down from their historic highs. New jobs should boost home prices in some areas, but won’t be enough to help in others. 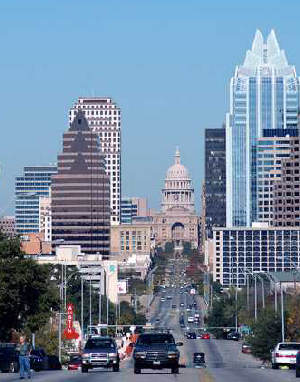 Above every where else in Texas, Austin is the most stable. The supply of homes on the market for sale has hovered between six and seven months roughly for more than a year and a half and a younger more educated influence bolsters the community.

The federal home buyer tax credit got buyers off the fence. But more than any other area in the state the region added more jobs in the past year. It’s resulted in an economic revival of sorts in Austin that should last well into 2011 and produce better home sales with near record low mortgage rates. Austin is forecast to see average home prices improve 3.3% for the year.

In Dallas the housing market has been as uncomfortable as Texas weather. Gains in home values produced by the federal credit didn’t have any lasting power. Home sales turned sluggish after the expiration and homeowners became increasing concerned over the economy.

A rising supply of foreclosed homes hitting the market coupled with short sales is also taking their toll as the Dallas-Forth Worth area experienced record foreclosures. A back-log of inventory and more mortgage holders walking away from homes in the New Year will have an enormous impact on the market even with comparatively high employment levels.

In Houston home sales plunged after the tax credit was cancelled. Double-digit declines in home sales took their toll on the market, which has historically been one of the lower priced urban markets in the country. It will be difficult to get a feel for a full recovery in Houston for a while since sales have turned so slow and would-be buyers are holding off, still worried about the state of the national economy.

Houston is big oil and the drilling moratorium in the Gulf of Mexico and NASA related funding issues are adding challenges to an already perplexing market. Sales are showing weakness, which means prices should continue to move southward. However, a lower inventory of homes listed for sale than in many other regions should aid Houston and send it on its way into a housing recovery. But that like so many other things will take time. Average Houston home prices are forecast to decline 4.1% in 2011. 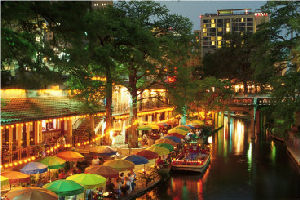 In San Antonio the real estate downturn hasn’t been felt as much as many other areas. The housing market is moving like it’s in first gear of an old stick-speed car and can only slowly climb the hill. Home sales were nearly identical in terms of volume in San Anton for two straight years as prices declined modestly. However, without government incentives San Antonio should encounter difficulty moving through 2011 as home sales stall.

Any sort of real recovery will only come when more jobs are added to the area’s economy and that will take a while. San Antonio is forecast to see average home prices decline 3.9% in 2011.

In Amarillo it’s still a buyer’s market controlling the local conceptions of the public. An over-supply of properties listed for sale will keep things slow for a while longer, despite near record low mortgage rates. The inventory of homes is bulging in Amarillo and until troubled properties including foreclosures can be cleared from the market prices will move southward. Amarillo average home values are forecast to decline 2.2% in 2011.

It was the same story in Abilene as most other markets after the federal tax credit – slower home sales. But a natural gas boom has added more jobs for the area and that should prove to be beneficial for the local economy. Any sort of a boom in real estate, however, is unlikely as Abilene moves back into the sort of slow-paced market that it has been for years. Home sales are projected to be slow on forecast housing appreciation of 1.4% for the year.

Down the panhandle in Lubbock, home sales showed a small gain for a time after the federal credit expired, but when you’re talking dozens of sales a month it hardly matters. Lubbock should sustain a slight drop in sales in 2011 on forecast deflation that should average 2.4% for the year.

And finally in Texas, in a twist of whimsical fate El Paso on the U.S.-Mexico border of Juarez is experiencing better economic times as a result of the 2005 ordered military Base Closure and Realignment Commission act. Congress couldn’t have any idea of it at the time, but El Paso is actually benefitting from the act as Fort Bliss undergoes a major building boom to become one of America’s largest military installations. The boom has produced an economic bellwether for a community that would otherwise be in economic peril. A housing shortage is driving up home prices that are projected to increase 3.4% in 2011.