Sheltered by better employment conditions and the lowest number of foreclosures for any state in the U.S., Vermont is making its way through the financial crisis with few headwinds. 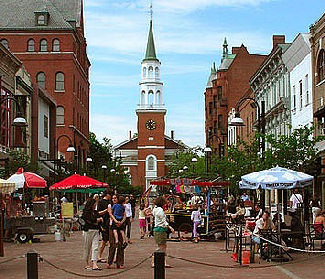 Vermont is also sustaining the tough national economy without experiencing a real estate crash. However, the housing market hasn’t been fully void of the recession but it hasn’t suffered major set-backs either.  Home prices have stayed relatively flat for the last three years and are projected to have little movement in 2011.

In Burlington, the state’s largest city, the community avoided the housing bust trailing the rest of the nation into a sales slowdown. The community is home to three colleges, including the University of Vermont, which makes it a rental haven for investors charging higher rents than in cities without colleges because rentals are in high demand. Student’s parents buy homes for college students to defray the cost of higher rents at Burlington College, Champlain College and the university.

Health care is a major employer in the area but Burlington might be known best for being the home of Ben & Jerry’s ice cream company.

Home sales are expected to remain slow through most of the year in Burlington, the financial hub of the

state and neighboring South Burlington mainly because of uneasiness over the national economy, despite near record mortgage rates and interest rates expected to remain under 5% in 2011. A strong local job market will keep the housing market moving with new sales driven by low joblessness averaging close to 5% statewide. Burlington is forecast to see average home prices climb a minor 1.8% in 2011 and South Burlington should muster 1.6%.

Vermont is hailed for being an outdoor paradise with snow skiing during winter months and boating, hunting and other outdoor activities in the spring and summer. 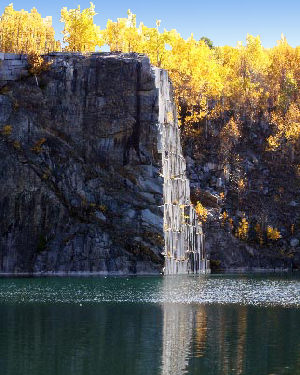 In Rutland, the third largest city in the state home sales also slowed after the federal tax incentive expired, and the inventory of homes shrank moving into the winter, which is typical for the market that gets heavy snowfall over the course of the cold winter season.

Newcomers moving into the Rutland area find it a community to enjoy away from the hustle and bustle of big cities in Massachusetts and New Hampshire, where many residents come from to retire in Vermont. Rutland offers an old New England charm with an historic character and small town ambience with home prices that aren’t forecast to move much at all in 2011 – only ticking up a slight 1.4% in appreciation.

In smaller Barre the community hopes to be moving out of any sort of recessionary economy soon after home sales slowed slightly after the federal tax credit expired. But it’s difficult to tell how much sales will pick-up in Barre since it has so few home sales during the winter in a normal year. One things for sure in this state that has so few housing problems and that’s that home prices won’t fall much or go up much at all in Barre in 2011.