Demand for homes that are affordably priced is pushing Pennsylvania’s housing market towards stabilizing ahead of most of the U.S. However, home sales drifted southward after the federal home buyer tax credit expired putting a crimp on the state’s markets that will have to be worked through with the financial crisis before things fully recover. 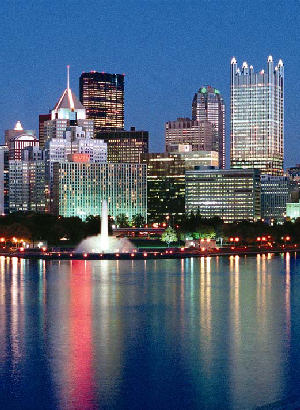 Pittsburgh saw the lowest number of sales in more than a decade after the credit expired, slowing any sort of stabilization as many residents who lost jobs and had no future job prospects moved to find better opportunities. But lower priced homes are expected to gain in demand over the next year, especially between $50,000 and $125,000 as first time buyers come back into the market in greater numbers.

The housing market is projected, however, to see sluggish sales through the course of 2011 as the city begins to adjust to a new economy. An elderly population of retirees strengthens the market with a large percentage of homes that have no mortgage debt. But it won’t be a year for great gains in home prices in Pittsburgh, forecast to see average home deflation of 3.2% for the year.

High unemployment from the financial crisis has led to more problems in Philadelphia, but the tide is beginning to turn in the city of Brotherly Love even as homeowners who are upside down on mortgages walk away from their homes in larger numbers. The foreclosure crisis has had a profound impact on the community that will take a while to unwind. Home sales improved only slightly because of the federal tax credit in Philly and prices barely budged.

Philadelphia has weathered the housing storm much better than most of the country but still isn’t out of the woods yet in terms of turning the corner. Higher employment could help turn the trick and that isn’t expected to develop for sometime. Philly area homes are forecast to decline an average of 2.9% in value in 2011.

Far out of the hustle and bustle of the big city the Lehigh Valley housing market languishes under weaker employment and one of the highest rates of foreclosures in the state. Job losses have been particularly devastating in Allentown , the valley’s hub city, where home sales are sluggish. Housing values are declining as a result and little is expected to improve without more federal aid for the area. The absence of better employment for the region spells a disappointing future until the economy turns around. 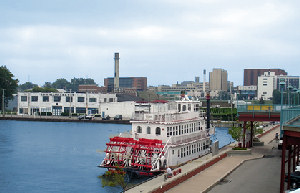 Near record low mortgage rates should produce an improvement in sales towards spring time in the community, providing an encouraging sign for the area with the added thrust of low minimum down payment federal mortgage programs for home buyers. Allentown is forecast to sustain average home price losses of 3.5% for the year.

Upstate in Erie the winds of change should begin to be produced in the housing market in the spring. Record high foreclosures plague the area, but that could change given the attorney generals investigations into improper handling of foreclosures by bankers. Should prosecutors exert enough pressure on bankers to cause them to modify mortgages in greater numbers, the overall economy would be improved. A drop in foreclosures would help the city and everywhere else in the country.

The weather, however, is the only thing that changes quickly in Erie most of the time as winter storms blow-in to canvass the community in snow. Housing is forecast to deflate an average of 4.2% in 2011.