As home and condo sales rise in South Carolina, the market is encountering a record high number of foreclosure sales, which are sending the home prices to the lowest levels in more than a generation. Severe unemployment and massive underemployment has left tens of thousands of homes vacant.

The foreclosure crisis is critical in Columbia, the states largest city, where more than one in six homeowners are in jeopardy of either losing their home or admit to having difficulty paying their mortgage. Nearly half of all mortgage holders are underwater on their mortgages.

The over-supply of homes on the market may take years to overcome in Columbia, where home prices are forecast to drop another 6.8% in 2012.

In Charleston, which is the state’s second largest metro area, home sales show an improvement, but the over-supply also weighs on the market, pressuring home values. Sales should rise over the new year but housing prices are forecast to slip another 4.8% by years end.

In Greenville, the economy is hurting with record long high unemployment damaging the housing market and restraining local residents from buying homes. Foreclosures make up nearly all of the sales in the community as bargain hunters pick-up deals, with home prices forecast to drop 7.5% in 2012.

Along the Grand Strand in Myrtle Beach, home sales are finally picking up the vacation market, which has been slammed by the foreclosure crisis with as many as 1 in 4 properties either projected to be in foreclosure or already formally repossessed by bankers. The crisis has hit the vacation market hard, despite near record low mortgage rates. 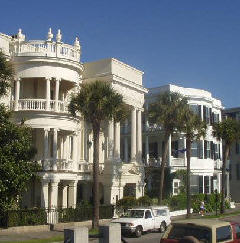 While home sales jumped, the sale of condos is sliding as buyers move away from higher condominium association fees and troubled properties. Home sales should improve through most of 2012 in Myrtle Beach on forecast deflation of 6.7%.

In Hilton Head, higher-end condos and estates are holding their values much better than any where else in South Carolina, but are also forecast to decline another 5.2% by years end. In some ways there’s no fighting artificial housing inflation manufactured by the titans of Wall Street and mortgage lending.