Home prices that are lower than many other regions of the U.S. and changing attitudes regarding business growth are still attracting more newcomers to many regions of Tennessee, despite the 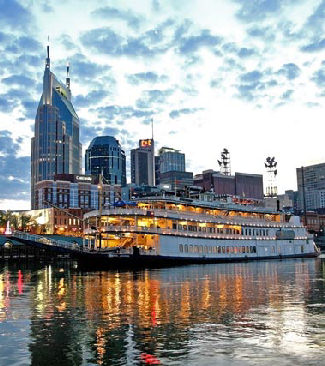 hurting national economy. The state saw more growth during the real estate boom than at any other time.

A bulging inventory of homes for sale, however, is holding back the Nashville market, which is the biggest in the state, from entering any sort of recovery in housing. But near record low mortgage rates should drive a second half of the year increase in home and condo sales as the weather warms in the region.

After suffering through record flooding, the Nashville area saw a sharp increase in sales for a short time only to turn sluggish again. But more home sales ushered in by lower prices and favorable mortgage rates should help the market chip away at inventory and improve over time. Home prices are forecast to decline an average of only 2.8% in Nashville for 2012.

The same sort of inventory bulge is slowing home sales in Chattanooga, where there are enough homes to sell at the current rate of sales for a year. Despite record low mortgage rates, a lack of confidence in the market and high unemployment will continue to hurt the economy and home sales as a result.

As more people go back to work and banks restore additional mortgage lending and loans to businesses things will get better in the local market. Chattanooga home prices are forecast to slip a modest average of 3.1% in 2012.

In Knoxville the inventory of homes listed for sale on the market is declining, which is a positive sign for the housing market even as home prices slip. The over built market was running out of its foreclosure inventory towards the end of the year, but should receive a larger supply of discount priced foreclosures as more jobless homeowners are forced to walk away from their homes.

Existing home sales are projected to rise in 2012 on near record low mortgage rates, but high unemployment levels will hinder the economy and the housing market. Knoxville home prices are forecast to decline an average of 3.2% in 2012.

In hard hit Memphis the economy has been suffering from a one-two punch, despite a movement by real estate investors to purchase lower priced rental homes in the early stages of the real estate collapse. Sluggish home sales and record foreclosures are hurting the local economy, which is projected to see more foreclosures before things get better. Memphis, however, won’t be hit as hard as it was last year in terms of housing deflation in 2012, which is forecast to average 3.1% for the year.