By the end of 2012, the 2013 Illinois housing market appeared set to experience growth through the year ahead. Predictions appeared moderately optimistic at best. A market analyst interviewed by the Illinois Association of Realtors predicted a slow but steady pace of recovery last year. By and large, his predictions appear to have come to fruition. Both the median sale prices for homes and the overall number of home sales in the state improved last year. Foreclosures and other types of distressed properties cleared the scene. Their numbers appear to be steadily dropping. In turn, the quality of housing stock throughout the state steadily improved. As a whole, the market appears to be growing healthier by the month. But have those trends continued throughout 2014? In the following report, we will examine the many factors that have influenced the evolution of the 2014 Illinois housing market so far, any trends that have emerged, as well as the data for the year’s first three quarters.

We’ve compiled a list of the countrywide economic factors that might affect the home segment of the real estate market in Illinois through the remainder of the year. Further specific factors related to the social, political, and economic scene in the state (as well as in the surrounding area) corroborate the findings behind these factors. 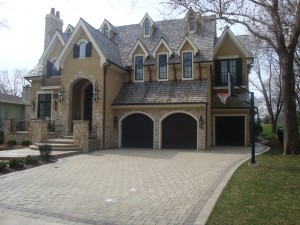 The Bureau of Economic Analysis, as cited by the IAR, says that the GDP increased by a solid 2.8 percent through the third quarter of the year. However, personal consumer expenditure remains low. Experts expect this expenditure to decrease from one quarter to the next. Consumers simply do not spend as much money as the economy requires them to for a more rapid pace of recovery. Personal consumption expenditure amounts to 70 percent of the GDP. In the third quarter of the year, the growth rate decreased to 1.5 percent compared to the 1.8 percent posted in the second quarter. Most of that increase was driven by durable goods purchases. Economists don’t expect housing sales to contribute to any significant increases in the future.

In October 2014, the Bureau of Labor Statistics issued an Employment Situation report which reveals a 7.3 percent unemployment rate in the state. This rate sits .6 percent lower compared to the beginning of the year. Employment growth levels for non-farm jobs slowed due to a decrease of job creation during the year’s third quarter versus the average. This prompted the Federal Open Market Committee to maintain their purchase of assets at a value of $85 billion per month. Furthermore, the job growth in Illinois through August sat at a lower rate on a year-to-year basis than in the rest of the Northeast. Numerous economists noted a direct correlation between employment level improvements and the state of the housing market. At the moment, the pace of growth remains steady. It is still too low to allow for any significant developments of the housing market.

Numerous factors contributed to particularly low consumer confidence levels by the end of 2013. The shutdown of the Federal Government further complicated the somber situation in the state which was created by controversy over lowering the debt ceiling. Heated debates in the states capital concerning issues with the accumulated pension funding system also confounded Illinois income earners.

Here are the factors one can glean from a general overview of the 2014 Illinois housing market:

At the end of the third quarter of the 2014 Illinois housing market, predictions remained fairly optimistic among Illinois real estate experts regarding the future of the market. October traditionally signals the start of the slow season for the housing market. So, those of you interested in buying or selling here should expect a decline in home sales on a monthly basis. However, the Director of the Regional Economics Applications Laboratory of the University of Illinois, Geoffrey J.D. Hewings, believes the remainder of 2014 should experience improvements according to year-to-year figures. Compared to 2013, experts predict that home prices will grow while the housing stock continues to increase.

By the end of this year’s third quarter, the housing market in Illinois lost 6.5 percent of sales compared to the same time last year. The most affected areas include the Chicago metro area, Springfield, Bloomington-Normal, Rockford, and Champaign-Urbana. All of these areas witnessed negative changes. However, the median price of housing improved through the year by 5.8 percent. All of the metropolitan areas in the state, save for Champaign-Urbana, experienced increases. Experts say both trends should continue through the remainder of the fourth quarter of this year.

So, there you have it. Things have been shaky for the 2014 Illinoise housing market. The market certainly experienced its share of peaks and valleys. However, some definite silver linings appear in this market. Many of us are expecting a strong rebound in 2015. This coming year may represent the moment where Illinois experiences a return to post recession levels.