Billions of dollars in damages are being sought against bank executives through lawsuits as foreclosure fraud class actions pile up against major banks. The lawsuits are besieging an industry that racked up record profits as a result of bad bank behavior in what amounts to the U.S. largest series of alleged fraud on record. 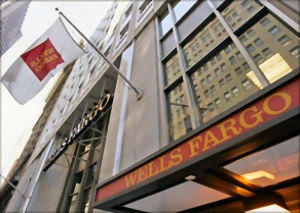 The lawsuits, filed by the Federal Deposit Insurance Corporation (FDIC) are just one of the major steps being taken by authorities to recover some of the trillions of dollars in damage done to individual mortgage borrowers, and the U.S. economy. Bank executives are lobbying Congress and government policymakers in efforts to halt the damages, including investigations by all 50 state attorney generals.

The FDIC is proceeding against 109 bank directors and employees for a combined total of $2.5-billion in damages. According to an FDIC spokesperson the suits are only the beginning of efforts to regain part of the money owed to the U.S. government and individuals damaged as a result of the foreclosure crisis.

Legislation intended to help troubled homeowners avoid foreclosure has been started in at least a dozen states, and was just introduced this last week in Massachusetts, which was bolstered by a recent Supreme Court decision on bad bank behavior. The pace of foreclosures were slowed in the last quarter of 2010 as a result of five banking institutions calling for a temporary freeze to repossessions because of the robo-signing scandal, but have since been resumed.

The Massachusetts Supreme Court invalidated two foreclosures, ruling that two banks, U.S. Bancorp and Wells Fargo failed to show evidence that they owned the mortgages on homes on which they foreclosed.

Attorney generals investigating foreclosure practices in all 50 states are part of an effort to get banks and lenders’ servicing companies to more actively work with homeowners to modify mortgages. Greatly cutting the number of foreclosures could act to help stabilize the housing market, and the overall U.S. economy, which would help to at least slow housing price deflation. 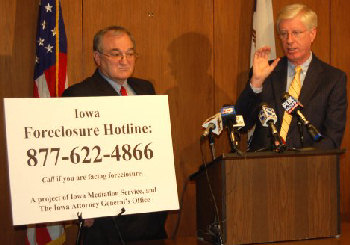 Without fewer foreclosures, home prices are projected to continue declining for an undetermined period of time and could usher in the lowest cost of housing in decades.

Other efforts to slow the progression of the foreclosure crisis are taking shape. FDIC Chairwoman Sheila Bair wants a foreclosure claims commission formed to aid homeowners who have been victims of improper foreclosures. “The mortgage servicing industry is fundamentally flawed and in desperate need of reform,” said Baird.

Like banks that were determined to be “Too Big to Fail” by Congress before they bailed them out, critics of the industry say that many mortgage servicing companies have become too big to rightfully control their businesses. Iowa Attorney General Tom Miller, who was one of the first to start the call to require banks to follow proper foreclosure procedures, said there is a fund to compensate victims of robo-signings that has been proposed.