Home and condominium sales are making a major rebound in Miami, one of the U.S. most severely devastated housing markets. Condo sales rose 29% over 2009 in December clearly demonstrating that the South Florida market is making strides into a real estate recovery, despite tight mortgage lending standards. 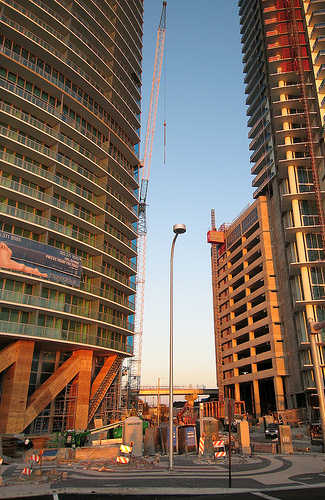 Developers constructed more than 35,000 new condominiums during the real estate boom, the largest number of units built during any one period in the region’s history. Fueled by lower priced foreclosures and bank assisted short sales, Florida residential sales increased 4% in 2010 over the previous year.

Enjoyed for its warm sunny climate, Florida is the largest vacation home and second home market in the U.S. As housing prices continue to decline in the over-whelming majority of the state, mortgage holders are increasingly walking away from homes. Other homeowners are unable to afford monthly payments with high unemployment and under-employment at some of the highest rates in the nation.

Florida received the second highest number of foreclosure filings in the U.S. in 2010, according to RealtyTrac with 485,286 homeowners being served with some form of foreclosure paperwork filings.

“Increasing sales denote the demand that exists for local properties and show significant strengthening from where we were two years ago,” said Miami Association of Realtors chairman Jack Levine. For the month of December only agents sold 985 condos in the Miami area compared to 766 in 2009. Prices that have dropped as much as 70% on some units from the markets peak are encouraging the rise in sales as units become more affordable. 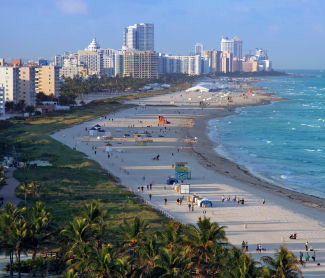 However, dozens of condo developments remain partially constructed in the Miami Beach area, where builders left units fenced off as developers had financing pulled by bankers and hedge funds at the height of the financial crisis. Tens of thousands of similar developments and single family home subdivisions remain idled as vacant partially improved dirt developments from California across the country to Florida in the wake of the real estate crash.

The unintended fuel of the housing recovery in Florida and many other especially hard hit regions of the country are lower priced foreclosures and short sales, which compose the largest number of sales. Condo units sold for the year spiked 43% in Miami to 9,778 in 2010 over 2009. Single family home sales increased nearly equally as well.

Average condominium prices declined another 8% for the year from already hard hit 2009 levels to $221,330 on the average condo in the Miami-Dade County area. The market should experience inroads towards better pricing stability in 2011 with fewer homes and condos listed for sale, but will have to sell-off the surplus inventory of new vacant condos before a bottom to the market is achieved. The number of homes and condos being sold in some area’s of the region are rising as bargain hunters buy up the deals.