The one time Beverly Hills mansion of late newspaper magnate William Randolph Hearst has been re-listed to sell at a steeply reduced price of $95-million. The price was slashed from $165-million the owners were asking just a few years back. 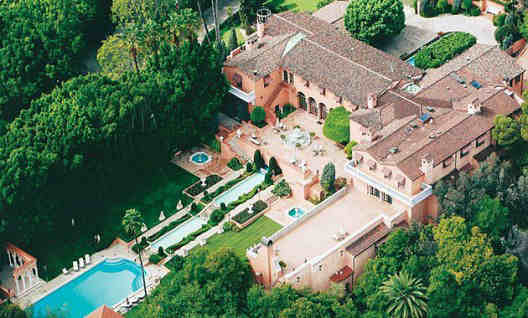 The nine bedroom fifteen bathroom estate where Hearst and actress Marion Davies once lived was originally built by a banking executive in the pre-Depression era days of the 1920s and holds more than 50,000 square feet.

Hearst purchased the home after moving out of the great Hearst castle at San Simeon on the Central California coast when it was converted into a National Historic Park for tourists to visit. President John F. Kenney and his bride Jacqueline honeymooned at the estate, and the home has become famous for an abundance of movies that were filmed inside its posh filled walls. 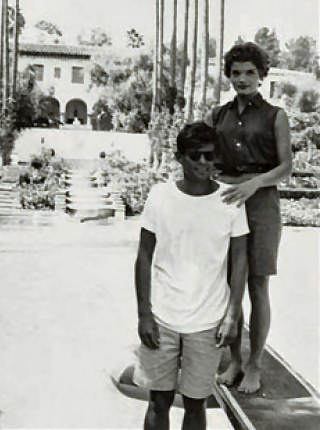 Scenes in “The Godfather” were shot inside the home, which played as the estate of movie executive Jack Woltz, who found the famous Godfather Horse’s head in his bed. The Mediterranean style estate is located on a hill overlooking the Beverly Hills Hotel, where movie stars and guests frolic in the swimming pool.

The estate is presently owned by Leonard Ross, who is being forced to sell after filing bankruptcy. He’s owned the home for 30 years but has hit hard times with the recessionary California economy. The house features a 50-foot high entry hall, 22-foot high arched living room ceilings and a huge library. Ross added 20,000 feet in improvements during the three decades he’s owned the property.