Home sales of existing properties soared in August to an annual rate of 4.13-million units, increasing 7.6% from July’s low numbers despite the expiration of the federal tax credit for home buyers, according to the National Association of Realtors. Sales, however, still remain 19% below last year’s levels.

The upturn in home sales was a slight relief for consumers and real estate agents in most areas of the country, many of whom have been struggling to remain in the business with the downturn in the economy. However, housing prices in most areas barely budged, despite the increase in activity. 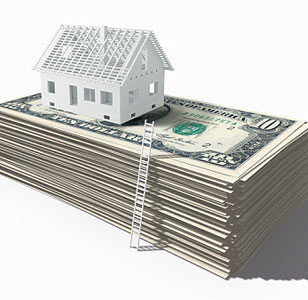 “The housing market is trying to recover on its own power without the home buyer tax credit,” said NAR chief economist Lawrence Yun. “Despite very attractive affordability conditions, a housing market recovery will likely be slow and gradual because of lingering economic uncertainty.”

Near record low mortgage rates are credited with driving at least part of the improvement in home sales. The rate on a fixed rate 30-year mortgage fell to 4.43% in August, producing a surge in home refinancing and new home mortgage applications, according to Freddie Mac. The NAR says the national median price of a home rose 0.8% for the year through August as distressed home sales made up 34% of all sales, including foreclosures and bank assisted short sales.

The inventory of homes listed by Realtors dropped significantly in August as children in many areas of the country returned to school and parents took homes off the market to an 11.6-month supply. Markets are usually considered to be in balance when about six months supply is listed for sale. However, the inventory listed by NAR members does not include properties being marketed by private homeowners, many auction groups and bankers. More than an estimated 4-million homes remain off the market in a shadow inventory unaccounted for in NAR statistics in the foreclosure process.

Single family sales rose 7.4% alone during the month to a seasonally adjusted rate of 3.62-million properties in August up from 3.37-million in July. Regionally sales rose 5% in the midwest, a slightly better 5.2% in the south to an annual rate of 1.62-million units and 13.8% in the west. Much of the increase in the western region was attributed to the statewide tax credit in California for home buyers. Home sales also improved in the north-east by a margin of 7.9% for the month.