By Mike Colpitts
From wealthy Marin County north of the Golden Gate Bridge in Northern California all the way down south to Miami Beach, bidding wars are 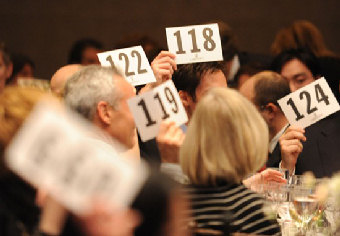 happening again in real estate. The downtrodden housing market is making a comeback, but it isn’t like it was during the bubble years at all.

A tight inventory of homes listed at lower discount prices coupled with record low mortgage rates are triggering multiple offers on some homes. Housing prices rose in Las Vegas in April as listings dwindled to a small five-week supply amid a slowdown in foreclosures.

The inventory of homes listed on the market in sin-city is down to just 20% from year ago levels. The drop was caused by a new state law that forces lenders to provide proof they hold the actual mortgage to a home before foreclosing.

Those that are buying property in the majority of cases in Las Vegas are paying cash, with corporations out-bidding individual buyers who need financing to make their purchases. Bank owned homes made up 36.9% of purchases during April, according to the Las Vegas MLS.

In high-end Marin County, where many buyers have been hunting for new homes at lower prices, the wealthy are experiencing a lack of property to look at because of a feeling that the bottom of the market has finally arrived.

The inventory has been slashed in half from a year ago as lenders finalize paperwork on a back-log of homes in default before repossessing them. Marin County, like other Bay Area counties is undergoing a shortage of homes for sale since many homeowners bought when the market was higher and are unable to get enough to sell under current circumstances.

The phenomenon of bidding wars has even reemerged in Baltimore, Maryland where a hotter housing market is roaring back in some neighborhoods. Redfin real estate says almost half of its Baltimore buyers made multiple offers during the first three months of the year.

In Louisville, Kentucky home to the famous annual Kentucky Derby horse race, the market is also busy with buyers looking for deals. Home sales and prices are on the rebound in Louisville, where there’s also a shortage of homes for eager buyers.

Since the market crashed nearly five years ago real estate agents haven’t seen it this good, with many reporting multiple offers on homes and condos that are in “move-in” condition.