Under a proposal the Obama administration is making, the U.S. federal 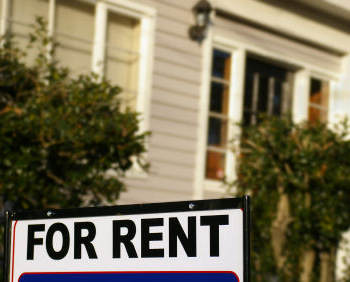 The proposal could make the Federal Housing Finance Agency, started by the Obama administration to administer Fannie Mae and Freddie Mac the primary regulator of such a plan. But the giant mortgage lenders are plagued with problems after being taken over and bailed out by the feds in 2008.

Freddie Mac and Fannie Mae have been strewn with a history of problems, which would have bankrupted any other companies. But in an effort to reshape the nation’s mortgage lending system, the government took over the lenders at a combined cost of nearly $1-trillion to tax payers.

Whether Fannie and Freddie should have anything to due with being the landlords for tens of thousands of tenants is being debated by private real estate analysts, financial experts and college professors throughout the country. Just last month, the Federal Housing Finance Agency along with HUD and the Treasury Department sent out a request seeking answers on ways the government could rent the 250,000 homes that have been foreclosed and are now owned by the government’s giant lenders.

The proposal poses a major roadblock for the Obama administration, which inherited the nation’s biggest housing crisis and has witnessed nearly 4 million residential foreclosures under its watch. An estimated 3 million foreclosures occurred before Obama took office. An additional 8 million foreclosures are forecast by Housing Predictor analysts in the next several years.

As the value of the U.S. housing inventory continues to deflate and bank foreclosures rise, the government’s efforts would lead to higher losses for U.S. tax payers as the homes are eventually sold-off to new buyers at lower prices. 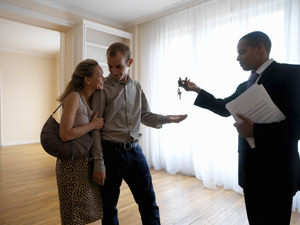 “This is clearly an acknowledgment that the administration expects the inventory of REO by Fannie, Freddie, and the FHA to continue growing,” wrote Urban Land Institute senior housing fellow John McHwain.

ULI is a non-partisan group financially backed by its members. “In fact, there are another 850,000 homes in some stage of foreclosure with these agencies that will eventually wind up in this pool,” said McHwain. “Beyond that, there are another 3 million homes in default now around the country, most of which will eventually be foreclosed, despite loan modification programs, and many of which will wind up with Fannie, Freddie, or the FHA.”

A real recovery in the housing market isn’t expected to develop until either the Obama administration forces a revision of the mortgage modification process, which is unlikely given lender’s financial clout or all the foreclosures that are going to take place in the current crisis are completed. That is likely to take years at the present sluggish rate.

As a result, home prices are continuing to drop in most markets, despite rare exceptions in some areas of the nation where job levels are healthy. But as the government is unable to revive the housing market, it will be unsuccessful in its efforts to re-energize the overall economy, according to Housing Predictor analysts. Real estate bubbles have led every U.S. recession in and out of recession since the mid-1700s.

The expectation of a long term real estate downturn is present day reality. As gloomy as those prospects are, it is imperative to realize that the government’s ownership of what could be more than 1 to 2-million foreclosed homes eventually is more frightening given Freddie Mac and Fannie’s Mae’s history of failures.