The housing market has some good news to celebrate after the Commerce Department reported a new home sales increase of 11.1% in March, 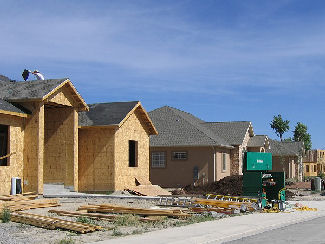 which may represent a bottom for the new home sales market. The rise in sales reached an adjusted rate of 300,000 homes, but still remains below the 700,000 annual sales rate to be considered healthy.

The drop in sales last month struck a 50 year low, meaning that the bottom of the new home market may have come and gone. The gain off-sets at least part of the decline that developed as a result of concerns over the economy, unseasonable weather conditions and high unemployment levels in most areas of the U.S.

“The fact that new home sales have regained some of the ground they lost earlier this year is a promising sign at the start of the spring home buying season,” said Bob Nielsen, chairman of the National Association of Home Builders. “While potential buyers continue to be extremely cautious, they are starting to take a look around and evaluate their very good options with regard to attractively priced new homes.”

The improvement reflects current market conditions that home builders have been worried about developing for months as indicated by low monthly confidence surveys. 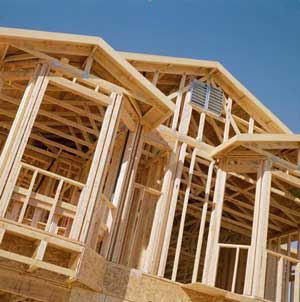 “The average sales pace for the first quarter of 2011 held at about the same level seen for the last half of 2010,” said National Association of Home Builders economist David Crowe. “A limiting factor is the extremely thin inventory of new homes for sale, which is now at its second-lowest level in history. Builders continue to confront major challenges in obtaining financing to build new homes, and the shortage of new product makes it that much tougher for them to compete with existing homes on the market.”

Tight mortgage qualifying standards are making it more difficult for home buyers to obtain a mortgage. A study of FICO credit scores released last week indicated that borrowers who have received approvals for home mortgages have an average of 760 on their FICO scores, up from 720 in 2007.

Sales gained ground in three out of four regions in March. The Northeast posted a 66.7% gain from February. The Midwest rose 12.9% and the West experienced a 25.9% rise. However, sales of new homes remained soft in the South, declining a slim 0.6% for the month.