Destin, Florida – The administrator of the $20-billion fund to compensate victims of the BP oil disaster in the Gulf of Mexico says owners of rental properties along the gulf coast should apply for lost vacation rental revenue. 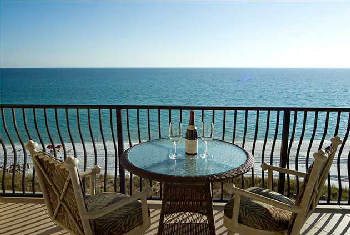 Kenneth Feinberg, appointed by President Barack Obama as the pay czar after performing the same job for family victims in the 911 attack in New York City, says owners of vacation rental properties losing income as a result of the disaster will be compensated.

An estimated 3-million vacation rental condominiums, homes and other residential dwellings fall within the guidelines set out by Feinberg in the four states affected by the oil spill. Rental property owners in Louisiana, Mississippi, Alabama and the Florida panhandle may now receive aid to help with mortgage payments and other bills they may be having trouble with making as a result of the disaster.

“That claim should be filed,” said Feinberg. “It should be corroborated. I don’t know what corroboration. We’ll see, but absolutely those claims will be considered.” 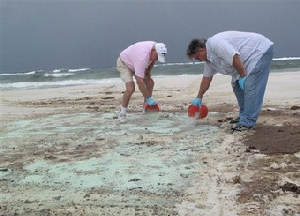 Housing Predictor forecast that property values along the immediate coastlines of Louisiana and Mississippi will sustain losses of at least an average of 30% as a direct result of the spill.

Vacation property management companies in the Destin area and most of the Florida panhandle are suffering major losses as a result of the huge volume of vacation rental cancellations related to the spill.

Estimates now indicate that as much as 2-million gallons of oil a day is gushing into the gulf. Receiving compensation from the $20 billion fund doesn’t mean property owners give up the right to file a lawsuit against BP for other damages.

Since the BP oil leak exploded 42-miles off the coast of Louisiana in late April, millions of gallons of oil have gushed into the Gulf of Mexico, infecting marshlands in Louisiana and spreading all the way to Padre Island, Texas, where oil was found over the weekend. The beaches were

closed to swimming in Pensacola Beach, Florida and most of Alabama over what would have usually been one of the busiest weekends of the year this last weekend.

However, beaches in other parts of the Florida panhandle, including Destin remain open for beach-goers. Little oil has affected the beaches of neighboring South Walton County to the east of Destin, where vacationers seem to be flocking in greater numbers than usual.

Feinberg says he’s improving the system to provide aid to victims of the oil spill, the worst environmental disaster in U.S. history. The pay czar is expected to be able to speed up the payment process so that businesses can get emergency lump-sum payments. The payments from the $20 billion fund put up by BP won’t have a predetermined limit.