The massive financial reform legislation package being debated in Congress attempts to halt predatory lending, and sets a framework into action that would reshape the mortgage lending industry. But the sweeping reforms don’t include a mention of the nation’s biggest mortgage debacle, Fannie Mae and Freddie Mac, the broken government sponsored enterprises. 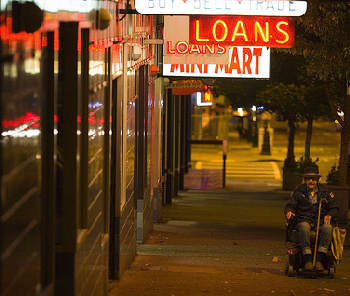 The new rules are expected to be voted on by Congress when it reconvenes after the Independence Day holiday recess. Proposals would limit no documentation mortgages and incentives for loan originators to sell second mortgages to mortgage buyers in efforts to contain practices that led to the financial crisis. The efforts are a lot like sending a fire engine to a major 5-alarm fire after a building already burned down.

Banks would also be required to look more closely at borrowers’ qualifications, requiring mandatory confirmations on employment, income and assets before granting a mortgage.

A Consumer Financial Protection Bureau would be set up to oversee lending practices, including the formation of new appraisal standards for appraisers conducting appraisals on homes.

“Consumers finally will have an independent watchdog to monitor the market and write and enforce the rules,” said Susan Weinstock, Consumer Financial Protection Campaign Director. “The Bureau will focus on protecting consumers by ridding the market of the tricks and traps that have ensnared so many Americans.”

The Obama administration has been collecting input from the mortgage industry, members of academia and others in efforts to come up with solutions to repair Fannie Mae and Freddie Mac. The two giant mortgage lenders have been bailed-out by tax payers to the tune of $145-billion, and with foreclosures rising are expected to receive much more in tax payer bail-outs before the foreclosure crisis ends.

Democrats are expected to take up talks over reforming Fannie and Freddie after mid-term elections in November.

should be subject to rules that discourage originators from placing people in mortgages that are more expensive than those for which they qualify or that they cannot afford to sustain,” said Gordon.

If the bill is approved by Congress, it is expected to take another year and a half to two years before consumers feel its impact. The Consumer Financial Protection Bureau would be given nine months to come up with new proposals to regulate the industry and even longer to implement the changes.