As investors attempt to capitalize on the current state of the economy and snap up bargain priced deals in the real estate market, 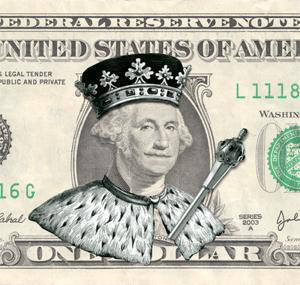 all cash sales are soaring and account for almost one in three residential transactions. Cash is king.

Bargain hungry investors have been looking for cheaply priced housing to pay off at the time they close their purchases in record numbers. Rental homes and small apartment buildings are sought out by investors as they pull money out of other investments in numbers that haven’t been seen in decades.

Economic uncertainty, fear and volatility in financial markets coupled with doomsayer forecasts of the future are leading many investors to yank their money out of stocks, bonds and even commodities. Investors are putting their money in tangible real estate as a commodity they can hold on to and sell if forced to do so in the future.

All cash sales of homes, condominiums and townhouses accounted for 29% of existing purchases in October, according to the National Association of Realtors survey, and some 30% the previous month. Twenty-eight percent of sales were paid for in cash during 2010.

The trend is a positive sign for the beleaguered housing market stalled by a tough mortgage lending environment and more restrictive appraisal standards. Investors also purchased 18% of homes in October through NAR members alone and are believed to have purchased even more through private parties and directly from banks.

Miami led the U.S. in cash transactions, fueling a return of international purchases that hasn’t been seen in decades. sales rose to 64% of all transactions in October, an increase of 1% over September. “International buyers continue to play a major role,” said Miami Realtors president Ralph DeMartino. “Demand for local properties from domestic and foreign buyers will result in the local market outperforming the nation long into the future.”

Separated by types, cash accounted for 77% of condominium sales and 43% of single family homes, according to the Miami Association of Realtors. Nearly 90% of buyers from other countries in Florida pay for their purchases in cash.

The more depressed a housing market has been, the more cash purchasers it attracts with lower housing prices. Las Vegas, which has led the country in foreclosures for years and Phoenix, which had the second highest number of subprime mortgages in the nation enter foreclosure are also leaders with all greenback buyers.