It’s an interesting offer – As a foreigner, buy a home in the United States for $500,000 or more and get a visa that lets you also live in 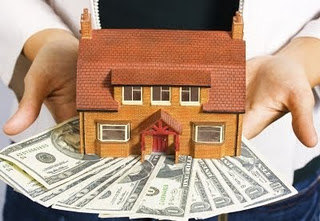 the country. Buyers could also qualify for the visa by purchasing a $250,000 home and spending an equivalent amount on residential real estate to be rented or leased.

It’s only a proposal at this point, with Congressional representatives on both sides of the aisle joining to push the measure into law. If approved, such a bill is expected to help the stagnant real estate market.

Part of the nation’s financial failure is a housing market where mortgage holders find themselves holding paper on homes that have been seriously devalued – sometimes as much as 85% percent, according to the latest data accumulated by Housing Predictor.

The bill would encourage rich Chinese, Canadians and other foreigners to buy up U.S. homes so pricey that most cash-strapped Americans are hardly even looking at them. In exchange, wealthy foreigners would get a sort of “instant access” to the U.S. 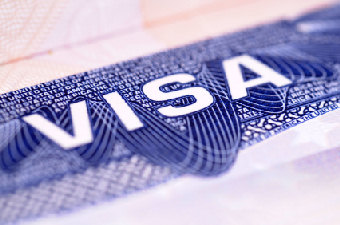 The plan is expected to be of particular benefit to places like Florida and California, where expensive homes languish looking for an owner. But it does come with some caveats for the buyer, namely that the purchase be entirely in cash, and that the purchaser live in the home for at least 6 months out of the year, paying U.S. income taxes on any foreign earnings.

Buyers would be able to bring immediate family members (wife, husband, children under the age of 21) into the country, but would need to apply for a work visa, also known as a green card, to get a job.

None, however, whether buyer, spouse or children, would be able to tap into social welfare programs like Medicaid, Medicare and Social Security. Home buyers would also have to renew their visas once every three years.

According to one proponent, the bill boosts the U.S. housing market while reserving jobs for Americans. Called the Visa Improvements to Stimulate International Tourism to the United States of America Act, or VISIT-USA Act, the bill would essentially alter or relax some current visa regulations.

Instead of applying for a new visa yearly, Chinese visitors could receive a five-year visa. Canadians, who normally have to get a visa to stay more than 6 months, would be freed of that necessity.

The U.S. real estate market is already seeing significant investment by foreigners. Immigrants and foreigners bought $82 billion worth of real estate from March 2010 to March 2011, according to the National Association of Realtors. That figure is $16 billion higher than it was the previous year, with Florida accounting for 31% of sales and California just 12%.

The measure, backed by Sen. Charles Schumer (D-N.Y.) and Sen. Mike Lee (R-Utah), is supported by the U.S. Chamber of Commerce, the U.S. Travel Association and the American Hotel & Lodging Association.