In a move to improve bank balance sheets and increase their profits, banks are offering cash incentives to homeowners in default on their mortgages to entice them to make 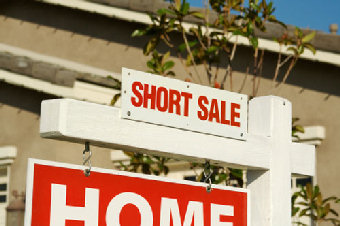 short sales on their homes. The effort is gaining momentum with an onslaught of banks and private mortgage companies as bankers offer as much as $35,000 to mortgage holders.

The largest incentives are reportedly being offered in one of the U.S. hardest hit housing markets. JP Morgan Chase is offering up to $35,000 to Las Vegas homeowners who are delinquent on their mortgages and still living in their homes to cooperate in a short sale.

Bank of America has also opened a “cooperative short sale” program in order to gain mortgage holders support, paying homeowners in default a minimum of $2,500. BofA has what is believed to be the largest inventory of homes in default of their mortgages after it acquired Countrywide Home Loans unit at the height of the financial crisis. Countrywide made more Alt-A and subprime mortgages that have defaulted than any other single U.S. lender.

The Federal Housing Administration (FHA) has also paid mortgage holders “several thousands dollars” to short sell their homes rather than go though the longer foreclosure process.

JP Morgan started its program prior to agreeing to be part of the federal government’s $25 billion program it worked out with the nation’s largest lenders in the robo-signing scandal, in which as many as 4.5 million homeowners may have been defrauded by lenders in foreclosures.

“Sellers facing foreclosure must remember that banks are not looking out for you or your family,” said Bill Myers, a Las Vegas broker who specializes in short sales. Myers and his team of agents conducted more short sales in the Las Vegas market than any other brokerage in the city during 2011. “Our job is to get between you and the bank. We represent our clients, not the banks. It is our job to take away the stress and negotiate the best possible outcome. Ultimately, our job is to help our clients get a fresh start.”

A law that went into effect in Nevada earlier this year forces bank servicing companies to prove it has legal title to a property before it forecloses on a home, and requires legal documents to be filed as part of the state’s new foreclosure procedures. The law has triggered a slowdown in the foreclosure volume in the state since legal paperwork for millions of mortgages were reportedly lost during the real estate bubble.

More than 4-million U.S. homes are in the foreclosure and shadow inventory combined, according to real estate research firm CoreLogic.