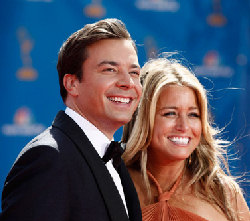 whose late night TV talk show is rising in the ratings is buying a 3,500 square foot estate in the Hamptons outside of New York City, where he hosts his nightly show.

The former “Saturday Night Live” TV Weekend Update co-anchor is settling into his new digs in the late night slot well you’d have to say to buy the 6-bedroom, 5 ½ bathroom home for a reported $5.7 million. Apparently Jimmy got a sizeable contract after working for just $5,000 a show when his TV talk show was first launched. 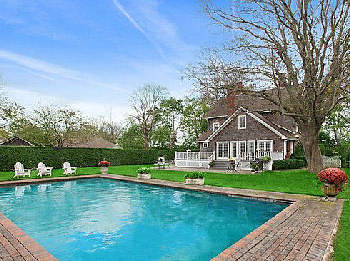 The much admired funnyman is buying a unique piece of real estate on 2.2 acres that used to be an old horse farm. The home was originally built in the 1850s, is three stories, and has a large heated pool in the backyard, a pair of barns, an apple orchard, two separate guest cottages for friends to stay and a four car garage for plenty of parking.

Best yet the updated estate is only a short mile drive to the Atlantic Ocean, where some of the wealthiest in the north-east mingle and vacation during the summer months in the Hamptons. Guess Jimmy won’t have to wear much make-up to look tan on TV once he moves into his new place.

The estate was first listed for just under $7-million, but was reduced by the current owners twice before Fallon made his offer to buy the place.