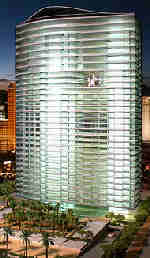 Growing numbers of preconstruction condominium buyers caught in the credit crisis are getting their deposits refunded from Florida up the east coast to New York across the nation to California. Amid double digit declines in condo values, momentum is building in courtrooms for buyers who have waited beyond their contract deadlines for units to be complete.

The myriad of legal entanglements has led to a battle pitting condo developers against their customers, who have grown increasingly disappointed over the harsh decline of values. The formerly booming condo market has turned into an attorneys’ playing field as values of units fall at unprecedented levels.

New condominium sales across the country are in sharp decline. Hundreds of projects from Florida to California have either been placed on hold or cancelled all together. At least two dozen developments have ceased construction in the Miami area alone, once ground zero of the condominium boom.

Upset buyers are filing lawsuits in record numbers, alleging everything from breach of contract, failure to perform according to their contractual agreements and in some cases even mortgage fraud all in attempts to obtain refunds of their deposits, which range as high as $450,000 on swank penthouse units. Most deposits, however, represent 20% of the agreed to purchase price.

Other lawsuits filed include claims that amenities featured in glossy marketing brochures were never delivered as part of the final development. Some suits seek compensation for projects that went bust all together.

In the Eleventh District Circuit Court, the highest federal appellate court with jurisdiction over Florida, the court’s three judge panel ruled in favor of a United Kingdom couple seeking return of their deposit for an Orlando condominium on grounds that the developer failed to deliver the unit in a timely manner. The court gave no exception from the promised two year construction schedule.

The case is setting the precedent for a wave of real estate litigation. In Harvey vs. Lake Buena Vista Resort, LLC, the Eleventh Circuit upheld the lower court’s order refunding the deposit.

In New York, the Attorney General ordered a giant developer to refund deposits to buyers who contracted to buy Florida condo units in New York State.

The fallout from the developments is contributing to some projects that are already running behind schedule on their construction to close down all together, including developments in Las Vegas, Nevada.

Others like one in San Francisco have cut prices up to 26 percent in the past two weeks to pull new buyers in to make purchases. Prices were slashed from $809,000 to $631,000 on some units. New lending requirements are also contributing to the project’s pricing changes as lenders require 25% of the building to be sold all together before any units close.

The demand for deposit refunds has led to a back-log of cases for attorneys representing purchasers. But the battle lines are being defined between developers trying to keep out of bankruptcy in the current unprecedented crisis and their once happy condominium purchasers.

The number of suits seeking deposit refunds in New York cases alone has more than tripled in the past two years as condo and apartment prices in Manhattan plummet.