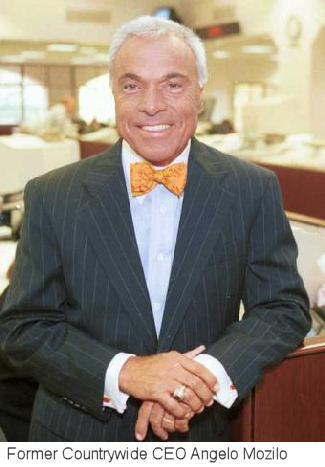 The sun tanned ex-Countrywide Financial chief settled with the Securities and Exchange Commission agreeing to pay $67.5-million in fines on charges related to fraud and insider trading without admitting guilt late last year. No one else had come so far to fall so strongly in the financial crisis. Mozilo paid $22.5-million to settle charges after receiving $370-million in compensation for his work from the nation’s former mortgage giant over five years. The remaining $45-million is being paid by Bank of America.

The suit states that Bank of America and its subsidiaries inflated home appraisals, permitted applicants for home loans to provide fake incomes, ignored warnings about poor underwriting and sold-off the riskiest mortgages it could as securities to investors. AIG says it lost more than $10 billion on some 350 mortgage backed securities that it purchased from Bank of America.

As early as 2005, Mozilo emails show that the former mortgage company founder was concerned that a borrower could only make modest interest only payments on their mortgage and quickly fall short on the principal owed on the loan, producing a rapid negative amortization increase in the amount owed. Such pay-option ARMS composed about 6% of Countrywide’s loan originations in 2004, but exploded to account for 21% of the lender’s business by 2006 at the height of the real estate bubble. 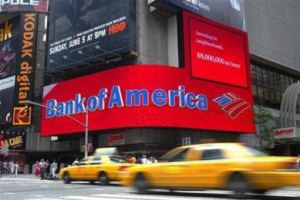 The mortgages were highly profitable for Countrywide, raking in 4% profits on the originations causing mortgage originators and managers working for the company to market the loans aggressively. Mozilo and his team of lenders often gave big bonuses and free trips to Hawaii to the lending agents who could make the most ALT-A loans backed up by second lines of credit or HELOCS.

By early 2006, Mozilo determined that the large majority of his firm’s customers with such mortgages were only making the minimum payment, a certain recipe for disaster that would eventually prove to implode the company as mortgage borrowers increasingly defaulted on their home loans. “Since over 70% have opted to make the lower payment it appears that it is just a matter of time that we will be faced with much bigger resets and therefore higher delinquencies,” Mozilo wrote in an email.

Mozilo was also worried about another Countrywide loan, the 80/20 combination, in which a borrower would obtain a first mortgage in the amount of 80% of the property’s appraised value and a second line of credit for the remaining 20%, essentially receiving 100% financing. “The bottom line is that we are flying blind on how these loans will perform in a stressed environment of higher unemployment,” Mozilo wrote in a separate email.

The two combinations of mortgages proved to provide a recipe for disaster, leading the banking industry to the nation’s worst financial disaster in U.S. history. Bank of America is believed to have the nation’s largest number of defaulting mortgages as millions of Countrywide mortgage holders are foreclosed.