Home inventories rising in most markets, mortgage rates moving higher and markets pulling out of their downturns only to return to negative territory. Some are. Some aren’t. Those are just a few of the factors impacting real estate markets as we move into the New Year affecting whether housing prices go up or slide again.

Real estate equity allows people to feel confident about their economic future. It’s that “save for a rainy day” syndrome that most of us were brought up with. If there was an emergency in one’s life the sense for the average American before the real estate collapse was that one could sell his/her home and pay for an emergency – whether it be a medical emergency or to pay the bills because you got laid-off, fired or your business failed. It was sort of a savings account. 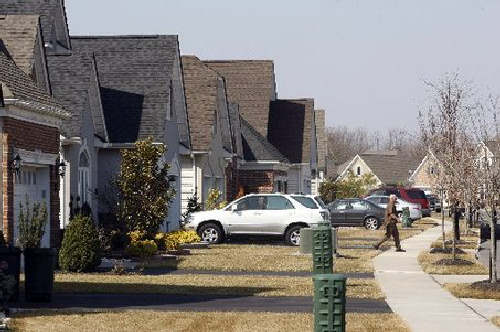 Millions of homeowners were drawn to borrow against their equity to buy everything from vacations in Europe to a new SUV. But the real estate bubble exploded.

That security doesn’t exist for most homeowners anymore and it’s a hard pill to swallow. The economy is under-going cataclysmic changes. For three out of four homeowners any equity has been wiped out by bankers and Wall Street, which jettisoned the U.S. economy into the mess it is currently suffering.

As we research markets for our annual forecasts, Housing Predictor is finding more news about the housing market and the deeper U.S. economy. Government programs for the most part are having little or no impact on markets. More homeowners have refinanced mortgages out of the government’s TARP program than as part of it and foreclosures are increasing rather than slowing down in most areas except those where moratoriums are in effect.

The crisis that America faces today with foreclosures impacts every single part of the U.S. economy. The average foreclosure costs the overall economy an average of $250,000. As banks and mortgage companies repossess homes at record rates they will continue to be reluctant to offer a higher number of mortgages to perspective home buyers, and will only lend to those with the best credit ratings. Lender under-writing guidelines will remain rigid for the foreseeable future.

As we move into the New Year housing markets will be disrupted in ways that the nation has never experienced. Housing prices will plunge further in some areas, while others will see improvement. Homeowners who you never thought would be foreclosed are quietly suffering through the pain of foreclosure.

For most it’s there first time to experience the ultimate economic pain and unless more major efforts are made by the government to help the “little guy” instead of just the banks that corrupted the system in the first place to nearly destroy the economy the U.S. will undergo record economic suffering. It all starts and ends with housing – the single largest investment for almost everyone who buys a house.