Federal regulators have named the independent auditors who will conduct reviews of foreclosure files on as many as 4.5 million homes 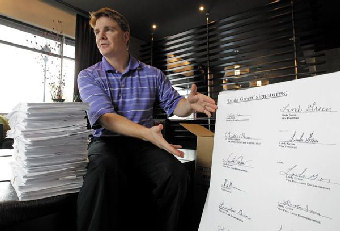 as a result of consumer complaints over illegal robo-signing tactics. The audit is expected to take more than a year, according to the U.S. Office of Comptroller of Currency.

Tens of thousands of lawsuits have been filed by consumers against the U.S. largest banks and mortgage firms, including Bank of America, JP Morgan Chase, Wells Fargo and CitiGroup alleging illegal foreclosure tactics. Under orders agreed to by the lenders, mortgage servicing companies hired the firms to review foreclosures completed for a two year period beginning Jan. 1, 2009.

The audit is being made to determine homeowners who were the victims of fraudulent foreclosures. Employees working for Lender Processing Services (LPS) admitted to making tens of thousands of illegal forgeries in sworn statements as representatives for lenders to process foreclosures.

More than a dozen lenders files will be examined during the audit. Promontory Financial Group will review foreclosure files prepared for Bank of America, PNC Banks and Wells Fargo. The accounting firm Deloitte & Touche will conduct the review on JP Morgan Chase foreclosures. Pricewaterhouse Coopers will carry out audits on files for CitiGroup and US Bank, while Ernst & Young will conduct HSBC and MetLifeBank foreclosure files. 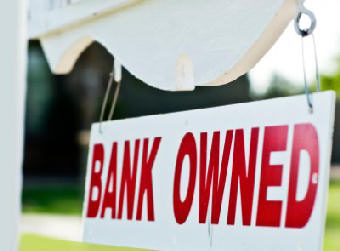 “The challenge is substantial, but the steps we have required the servicers to take are vitally important to resolving these issues in a way that respects the rights of those who have been harmed and helps to restore confidence in the system,” said acting Comptroller of the Currency John Walsh.

Earlier this month 14 mortgage servicers began mailing letters to eligible mortgage borrowers which explain how to request a review of their mortgage if they believe they have suffered financial injury as a result of errors, misrepresentations or other damages as a result of foreclosure proceedings. Mortgage borrowers may also visit www.IndependentForeclosureReview.com for information about the review and claim process.

Mortgage servicers and lenders are prohibited from overseeing or supervising any of the reviews conducted by the auditors under the orders issued by the comptroller. A settlement between lenders and state attorney generals over damages to be paid to mortgage holders who have been illegally foreclosed has been delayed as a result of lenders requiring a blanket exclusion from additional damages.