Mortgage applications to buy a home shot up more than 14% for the latest week reported by the Mortgage Bankers Association, indicating a major jump in home buying activity driven by near record low mortgage rates that are moving higher. Mortgage rates have slowly moved upward since hitting a record low of 4.17% on a 30-year fixed rate loan in late October.

The seasonally adjusted banker’s index rose 14.4% for the week ending Nov. 19, which included Veterans Day. It’s the highest purchases have been since early May when the federal home buyer tax credit was still in effect, according to the survey of more than half of all mortgage originators. Refinancing declined a slight 1% for the week as evidence mounts to show that most homeowners who want to refinance their mortgages have done so already. 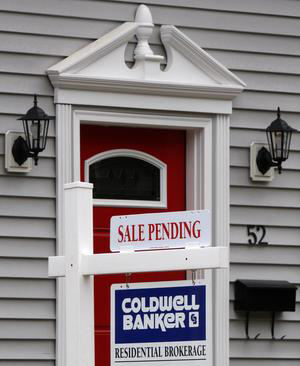 Refinances dropped for the third straight week to compose 78.6% of all financing applications from 80.3% the previous week. The refinance index decreased 1% percent from the previous week and is the lowest since the end of June.