By Mike Colpitts
Double digit housing appreciation being experienced in some of what were the hardest hit U.S. housing markets threatens to de-stabilize prices, 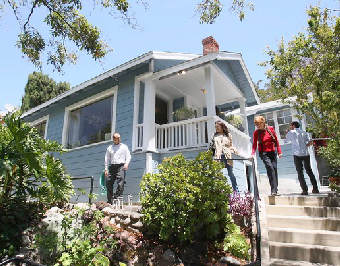 add to consumer doubts about the economy and threatens the housing recovery, according to an analysis of cities that have experienced wild appreciation over the past few months.

Higher home values are being driven in many of the hardest hit cities by record low mortgage rates, and lower prices paid for properties. An estimated 1.4 million homes are in the foreclosure pipeline, but most have not yet been notified that formal lender repossessions will take place.

Foreclosures are slowly increasing in volume as a result of banks that agreed to a $25 billion settlement with 49 state attorney generals in the robo-signing scandal. Lenders have increased the speed of foreclosures and some banks work to improve short sale and mortgage modification processes, including JP Morgan Chase, the largest U.S. bank based on dollar volume.

Double digit housing appreciation experienced in in Phoenix, Arizona tops the nation in the current marketplace. Higher prices are being paid for homes in Phoenix as a result of fewer discounted foreclosures available for sale on the market and a tighter inventory of other homes.

However, a large inventory of vacant homes and properties in default of their mortgages in the foreclosure pipeline still trouble the market, and should be slowly listed by banks and mortgage servicing companies in coming months. A major influx of foreclosures threatens to destabilize the Phoenix market and others, triggering further pricing fluctuations.

Housing economists are concerned about the instability that will be caused by an over supply. Prices were artificially driven higher when the U.S. government offered home buyers a $10,000 tax credit to purchase a home, and many of those buyers are now underwater on their properties.