As the recovery of the U.S. housing market gains traction, higher home values are forecast to develop by the end of 2012 in 85 cities, 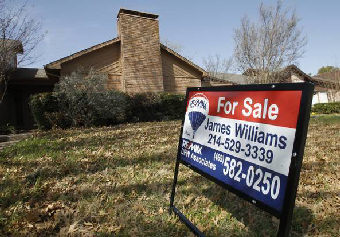 according to Housing Predictor analysts. The upturn in home prices is especially evident in many of the hardest hit states.

The growing trend of home price inflation is developing strongly in Nevada, Arizona, Kansas, Nebraska, Oklahoma and greater portions of the Mid-West. Improving communities include five of the hottest cities projected for appreciation at the start of the year, including Miami and Oklahoma City. Miami home and condominium prices have now appreciated six straight months.

The hike in housing values in many areas of the country comes more than five years after the real estate bubble collapsed following the longest and largest jump in home prices in U.S. history. Prices have tumbled by as much as 85% from the markets peak in the worst hit cities, including communities in Florida and Nevada.

Lesser effected communities in North Dakota, South Dakota and places in Vermont are also seeing home value increases, but at lower levels of inflation than many others with higher population concentrations.

Nearly half of all foreclosures are now confined to the five hardest hit states, which are California, Florida, Michigan, Texas and Georgia. Home prices in most of the cities in the five have suffered the most severe deflation as a result of discount priced foreclosed sales sold by banks. Foreclosures typically sell for an average of 28% under similar homes in the same neighborhood.

The cities that are experiencing upward values in homes are usually stronger in terms of employment levels and job stability, with higher education levels.