By Ryan Jackson
Nearly half of all foreclosures in the U.S. were in the five hardest hit states in the nation during June, with California, Florida and Michigan sustaining the highest number of 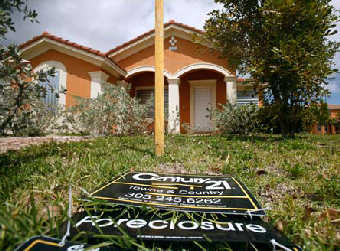 Texas and Georgia also suffered major losses in terms of foreclosed properties. Combined, the five account for 48.4% of formal lender repossessions. Most of the same states have sustained nearly half of foreclosures for almost a year straight.

About 1.4 million homes were in the national foreclosure pipeline at the end of June compared to 1.5 million a year ago, CoreLogic said. However, month over month figures were unchanged, but are likely to increase as lenders pick-up the speed at which they are foreclosing on properties following the robo signing settlement with state attorney generals.

The four states with the lowest number of foreclosures in the last year were South Dakota, North Dakota, Hawaii, Maine and the District of Columbia. There were a total of 60,000 foreclosures in the U.S. during June, according to the firm, the same figure as a year ago, signaling an improvement for the housing market.

“The decline in the flow of completed foreclosures to pre-financial crisis levels is more welcome news pointing to an emerging housing market recovery,” said Anand Nallathambi, CEO of CoreLogic. “However, we believe even more can be done to reduce the inventory of foreclosures by decreasing the level of regulatory uncertainty and expanding alternatives to foreclosure.”