Slightly more than 3 out of 4 surveyed say lower mortgage interest rates would help the battered housing market, according to the latest Housing Predictor opinion poll. The online survey found the huge majority of those polled feel even lower interest rates would aid in the markets recovery.

Mortgage rates have hovered around 5% for months as the Federal Reserve has held the prime rate it charges banks at or near 0, but the online poll shows that more efforts are needed to aid in a turnaround. The Treasury Department has also purchased $1.4-trillion in troubled mortgage backed securities and the Obama administration has implemented a series of other efforts to re-generate a higher volume of home sales. 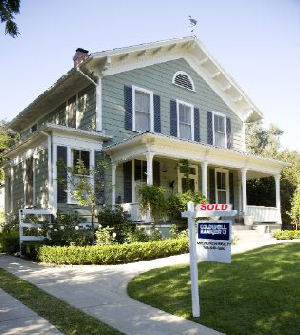 Lower mortgage rates could be at least partially driven by the Fed purchasing more mortgage backed securities, which Fed officials say they may do in the future in efforts to help stabilize markets. However, there are already at least five states, where markets are moving towards stabilizing as employers hire back more workers and state governments offer additional incentives to stimulate home buying.

California is offering a special $10,000 state tax credit to home buyers to help its housing markets overcome disastrous affects of the financial crisis that led to record levels of foreclosures. California has more foreclosures than any other state in the country.

The Fed does not set mortgage rates directly, but its heavily monitored prime rate is usually an indicator of where mortgage rates and all other rates charged for everything from credit cards to auto loans are set by bankers.

Would lower interest rates help or hurt the housing market?