By Ryan Jackson
Mortgage giant Fannie Mae reported a profit for the first time since it was taken over in a forced government seizure four years ago. The 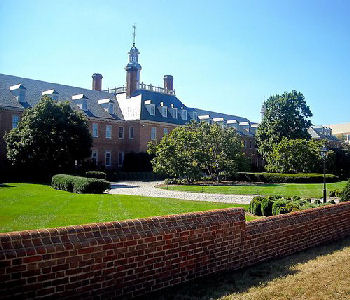 first quarter profit may be a shock to bankers who depend on the mortgage financier, but does little to replace the $116 billion the government has spent to bail the lender out.

The Washington based mortgage giant reported a profit of $2.7 billion last week after making a dividend payment to the U.S. Treasury of $2.8 billion. The government took over Fannie Mae and Freddie Mac Sep. 7, 2008 in an orchestrated move to aid the U.S. economy and rescue the lenders.

The bailouts are separate from the $780 billion TARP bailout, and were made through the Housing and Economic Recovery Act of 2008, initially limited at $200 billion. However, in early 2009 U.S. Treasury Secretary Tim Geithner removed the limit of taxpayer money dedicated to secure each company.

The profit may symbolize some sort of a turning point for the government controlled lender, but barely scratches the surface in the multi billion dollar foreclosure crisis. Fannie Mae’s chief financial officer expects results to be better for the lender in 2012 than it was last year. “Our credit performance is headed in the right direction,” said Susan McFarland.

The government backed lender has announced support for reducing principal for underwater mortgage holders at risk of losing their homes to foreclosure. Fannie Mae is not seeking government money for additional bailouts for the first quarter.

The lender was bailed out with $6.5 billion for the first quarter of last year. Proposals before Congress would reduce Fannie Mae’s roll in the U.S. housing market. But since this is an election year little is expected to be done in terms of legislation to change the condition of the nation’s mortgage lending system.

Fannie Mae and Freddie Mac were both started to supply a government backed supply of mortgages for the housing market. Republicans want to unwind the lenders, while Democratic leaders in Congress voice support for limiting the role of the lenders but keeping them in business. Analysts expect any major changes to take at least a decade in Congress.