By Gary A. Poliakoff, Ryan Poliakoff and Kevin Chiu

Plagued by the real estate crisis that is likely to top that of the Great Depression, the Federal Housing Administration (FHA) has implemented a new set of lending standards in efforts to clear the glut of millions of vacant and unsold condominiums across the country. However, the efforts pose huge obstacles that clearly eliminate the possibility of success. 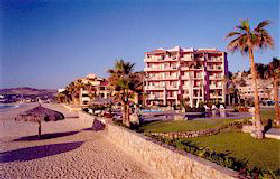 New minimum down payment mortgages also offered by the FHA to first time home buyers with little more than 3.5% down are encountering high levels of default rates, triggering a new onslaught of problem properties.

Before the implementation of the condominium program, buyers applying for an FHA insured condominium loan were required to file paperwork for each unit individually with determinations made on an individual unit basis. However, the new guidelines require approval of the entire building.

Critics of the program demonstrate how the new standards are out of touch with current realities of the marketplace, and the severity with which condominiums have been hit by the housing crisis. The majority of condominium values have fallen more than half from the markets peak in Florida, California and New York. Some especially stressed markets, including Miami and Las Vegas have seen individual unit prices drop as much as 80% from the markets high.

A series of lawsuits also trouble many of the nation’s new condo developments brought by owners and purchasers’ against developers embroiled in one of the nation’s most devastated sectors of the housing crisis.

Many of the new guidelines are likely to be impossible to achieve for the distressed properties the FHA is attempting to aid through its program. Among the new requirements that pose the largest obstacles are four key areas:

1.) Maintain a reserve equal to 10% of the annual budget: Even completely healthy condominium properties often fail to maintain a reserve of this size, and in many states condominium owners may chose to waive collection of reserves entirely. A distressed property, one that needs the FHA’s help, will never be able to budget for basic services (like water and garbage) and still maintain appropriate reserves. Reserves are kept for emergencies and many communities have already used their reserves to weather the current crisis.

2.) Make sure that no more than 15% of owners are more than 30 days late on condominium fees: This guideline seems to ignore the current state of economic reality—even healthy properties can have delinquency rates over 15%, and the vast majority of distressed condominiums will never reach this threshold. This single guideline realistically exempts every property the FHA program is intended to aid.

3.) Assure that no more than 10% of the units are held by a single investor: Not only is this guideline misguided, but it conflicts with current trends in many state laws, which are making it easier for investors to buy large inventories of unsold units to assist markets in recovering. Abandoned or empty, ownerless units contribute nothing to a development, and force the other owners to foot the bill. When investor-owners purchase large blocks of units in distressed projects they have legal responsibilities to pay maintenance on the units and contribute to the upkeep of the property, which is good for all the owners of the development.

4.) Use no more than 25% of the space for commercial activity: Many extremely successful condominiums, especially in large cities like Los Angeles, New York and Chicago are designed with large areas dedicated to commercial usage. The high rents paid by business owners can reduce the maintenance costs for other owners. Retail businesses attract potential buyers to the development, particularly those who appreciate the convenience of having on site amenities like stores, restaurants and entertainment venues such as movie theaters and health clubs.

There are other perfectly reasonable qualifications in the new FHA rules such as allowing lenders to review association insurance policies and financials and requiring fire and hazard insurance. But the new guidelines effectively eliminate the FHA program’s purpose, blocking the vast majority of distressed condominium units from federal assistance in the housing crisis and leaving millions of owners at the risk of further financial damage from ailing markets.