Congress should force bankers to modify mortgages for homeowners who are in trouble on their home loans instead of foreclosing, a new Housing Predictor survey has found.

It’s been a subject of debate since the housing mess started more five years ago in many regions of the country, and especially since foreclosures hit record all-time highs. The foreclosure crisis has now impacted 7-million homeowners and another 8-million are forecast to be foreclosed with 1.7 million in serious default, more than 90-days late with their mortgage payments. 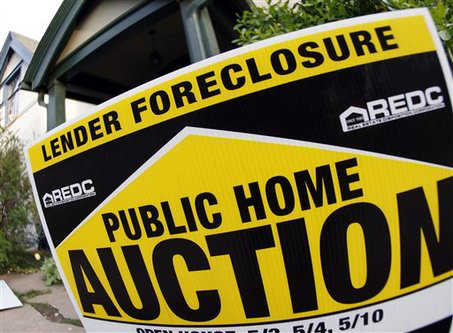 A large majority or 62% of respondents to the survey said that banks and mortgage companies should be required to modify mortgages for homeowners at risk of foreclosure. The other 38% said banks should not be forced to do so, despite the fact they offered mortgages to anyone who could sign their name on a loan application, and then turned around and sold most mortgages off to the secondary investment market.

Much of the Dodd-Frank Financial reform legislation still has to be debated in Congress and worked out by regulators before changes can be implemented in financial markets, including mortgage lending. But without re-implementing the Glass-Steagall Act, which restrained bankers following the Great Depression it seems inevitable that financial markets are in for a second financial crisis.

Should the U.S. Congress require bankers to help millions of homeowners modify mortgages to keep them from being foreclosed?