The landmark $25 billion settlement between state attorneys general and the U.S. largest five banks opens the flood gates to another 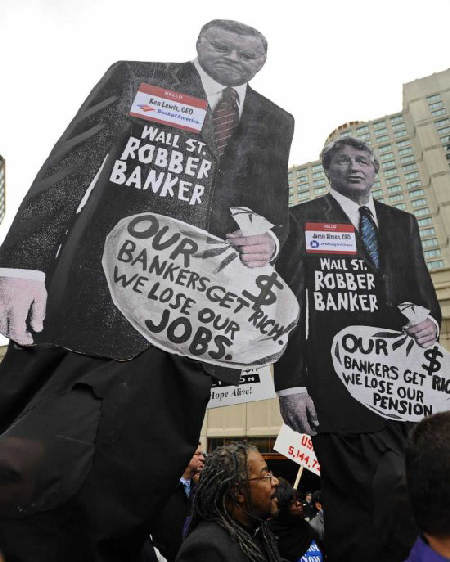 tsunami of foreclosures, but leaves bank servicing companies in the position to temper the flow of foreclosed properties on to the real estate market for resale.

The settlement with the banks may act as the proverbial straw in the foreclosure crisis, breaking its back and providing relief to a country in desperate need of economic repair.

If you are one of the 4.5 million homeowners who have undergone a foreclosure since 2008 through the use of MERS electronic system you could see a check for $2,000 from the agreement in your mailbox. But expect to have to apply for the funds before receiving any check from bankers.

The MERS robo-signing scandal is far from over as a result of the agreement inked by the banks with the Obama administration. Homeowners who have been wrongly foreclosed through the MERS system are still able to sue bankers for damages as a result of faulty foreclosures. But bankers are betting that the number of former homeowners who sue lenders over their home mortgages will be reduced by the settlement.

“We’ll take our chances in the courts,” said JPMorgan-Chase CEO Jamie Diamond in an earnings call to investors. Federal officials estimate that about 750,000 former homeowners who experienced foreclosures will see the checks averaging from $1,500 to $2,000 as part of the settlement.

The deal releases banking executives from civil damages related to the robo-signing of millions of foreclosure affidavits, but does not clear them of any possible charges related to criminal activities being investigated by the federal government and state law enforcement authorities.

However, uncertain the future of the housing crisis may be a settlement of this size weighs heavily on political officials whose jobs are measured by the political fall-out of crisis management.

The deal is the biggest dollar size settlement in U.S. history, out-distancing the tobacco settlement more than a decade ago. But does little to immediately aid the millions of homeowners who have been caught in the web of the foreclosure crisis through no fault of their own.

Millions of hard working Americans have lost their homes as a result of the crisis who obtained mortgages that were attached to time bombs. When many adjustable rate mortgages became due millions of homeowners have been unable to afford higher payments, and were unable to refinance only to suffer through the pain of foreclosure.

Others lost jobs during the course of the recession, and many others have lost much of their income because of changes in the economy. The crisis that was born on Wall Street with the manufacturing and abuse of financial products bought and sold at record breaking levels is still impacting the lives of millions of Americans and will for many years.