An increase in home refinancing, mortgage modifications and bank work-outs led to a possible drop in future foreclosures with a decline in formal notices of default in May. The decrease marked a seven percent decline for the month and accounts for a 22% drop from year ago levels. But bank repossessions for the month hit a record high for the second month in a row, according to Realty Trac. 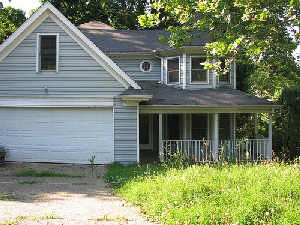 Some 93,777 residential properties were taken back by bankers and mortgage companies as the foreclosure crisis reaches historic levels. The rise represented a small 1% increase from April numbers, but saw a huge 44% gain over a year ago.

The increase demonstrates a troubling trend in the way lenders’ are moving to take back properties, but the decline in notices of default filed illustrates a market that may be at a turning point in the foreclosure crisis. The difference, however, may also be attributed to an increase in lender assisted short sales, in which mortgage lenders work with home owners to sell their properties for less than what is owed on a mortgage.

“The numbers in May continued and confirmed the trends we noticed in April — overall foreclosure activity leveling off while lenders work through the backlog of distressed properties that have built up over the past 20 months,” said Realty Trac CEO James Saccacio.

The build-up of homes waiting to be foreclosed amount to millions of residential properties that are not yet counted on bankers’ balance sheets until they are formally foreclosed. Government ordered moratoriums and slow lender capabilities to take back the record volume of troubled properties contribute to the lag in the foreclosure process, which for many homeowners in especially hard hit areas like California, Florida and Michigan has been as long as two years from the time they stopped making payments.

“Defaults and scheduled auctions combined increased by 28% from 2007 to 2008 and another 32 percent from 2008 to 2009, creating a build-up of delayed bank repossessions,” said Saccacio.

The Hardest Hit States, targeted for special government funding to aid homeowners in the foreclosure crisis, especially the unemployed and mortgage holders, who are upside down in their homes make up the ten states that are suffering the highest number of foreclosures.

California accounted for 22% of the month’s national total, up a slight 3% over April. With the menacing threat of another increase in the foreclosure crisis due to the Gulf Coast Oil Spill, Florida was second with nearly a 5% increase for the month. Michigan followed in the third position even as the state marked an increase in short sale activity, while Illinois homeowners’ took the fourth position with a huge 38% increase from a year ago.