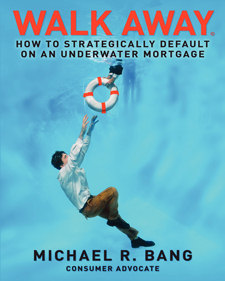 on foreclosures before authoring a book on how to overcome the fraud of bankers and strategically walk away from a mortgage.

As millions of American homeowners face the nightmare of foreclosure and tough economic times losing their homes, Bang says consumers can protect themselves at least to some degree. “Many homeowners are having their rights violated by the banking industry or their employees,” said Bang. “It’s often illegal and shameful.”

“Walk Away—How to Strategically Default on an Underwater Mortgage,” has been released by Fastpencil, Inc. a publisher of consumer books. “The book goes into great detail about how the banking system works, how a mortgage plays into that system and the vast avenues available to a consumer underwater or facing foreclosure, from a loan modification all the way to how to simply walk away from a home if you can no longer afford to keep it and your sanity,” said Bang.

Bang was a licensed real estate agent 10 years and a real estate investor for more than 15 years researching his book, becoming a foreclosure specialist, representing lenders in the sale of homes and other property in Georgia. 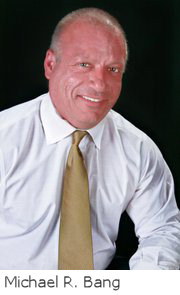 Bang was a licensed real estate agent 10 years and a real estate investor for more than 15 years researching his book, becoming a foreclosure specialist, representing lenders in the sale of homes and other property in Georgia.

He became a well known expert in the Atlanta area on the standards and practices used by banks to foreclose on mortgage holders. In 2008 he was bewildered to see the huge volume of fraudulent tactics and misrepresentation asset managers were flagrantly using to foreclose on homeowners, including forging documents in the foreclosure process such as robo-signing, re-creating documents that had been lost and violating court ordered cease and desist orders.

Bankers have also foreclosed on at least hundreds of thousands of homes across the U.S. that they held no legal title to as a result of the mess left in the fall-out of the real estate boom. Six years after the foreclosures started in mass federal authorities have ordered independent auditors to review an estimated 4.5-million foreclosures to determine those that were conducted illegally.

“The mantra of the banks and their agents is that you have a ‘moral’ obligation to pay your mortgage when in point of fact it’s nothing more than a contract which can be voided at any time,” Bang said. “This book is a ‘How To’ guide for personal well being and doing what’s right for the individual and their family. It gives readers a sense of security and freedom to fight back.”

Homeowners are often unaware of the improper tactics banks and lenders’ servicing firms use to foreclose on homes. Bang was inspired to turn his expertise through his own challenges with a bank that tried to take his own home through foreclosure, turning his expertise into being a consumer advocate for others suffering through the nightmare of foreclosure.