As a federal judge starts a trial over allegations that New York firms defrauded hard money loan investors of millions of dollars in assets, other hard money lenders are achieving record profits. San Diego, California based Source Capital Funding, Inc. announced it finished closing 42 loans in October and funded nearly $9-million in mortgages for the year.

Source Capital has tripled business in the last year, charging interest rates that start at 9.99% and range as high as 11.99% to borrowers desperately seeking loans to hold on to their homes. The company is part of the rapidly growing hard money lending industry that is pulling in record profits as the real estate market continues its collapse into 2011 with all-time record levels of foreclosures. 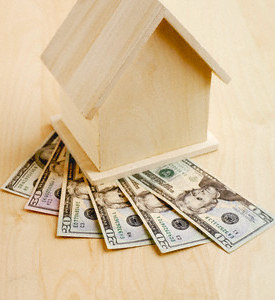 In Reno, Nevada a federal judge has started jury selection in the trial of USA Capital stemming from the collapse of the company as a hard money lender, which had more than 6,000 investors and $962-million in assets at the height of business. The hard money lender solicited funds from individual investors for short term loans to developers, many of whom went bankrupt in the real estate collapse.

Investors swept in double-digit returns during the hey-day of the real estate boom, but then lost money as the market crashed. A company executive has already pled guilty to wire fraud. The case is gaining national attention in light of the foreclosure crisis and shows the extremes that so many homeowners and even new home developers are still willing to go to obtain a high interest hard money mortgage in a last ditch effort to save properties from foreclosure.

However, many hard money lenders are telling potential clients not to consider borrowing from them after reviewing documents that show a foreclosure may only be inevitable. Attorney generals in all 50 U.S. states are hoping to limit the number of foreclosures by pressuring banks and mortgage companies to modify more home mortgages in an inquiry that involves at least six major national mortgage companies and banks. 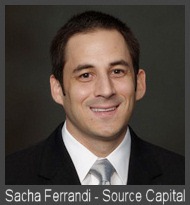 Company officials say that Source Capital invests in only low risk first trust deeds with “solid monthly returns” in Los Angeles , San Diego and Arizona markets. “We are continuing to expand our presence as a viable private lender through our track record and the transparency and integrity by which we conduct business,” said Sacha Ferrandi, a partner in Source Capital. “We anticipate further growth as conventional lenders remain limited, leaving borrowers to seek out loans through reputable private money lenders.”

“Private money is always in demand and is not affected by seasonal changes,” Ferrandi said. “We expect to see additional business throughout the rest of the year and into 2011.”