Court ordered moratoriums halting foreclosures produced a 34% drop in the number of homes entering the foreclosure process in 2011, 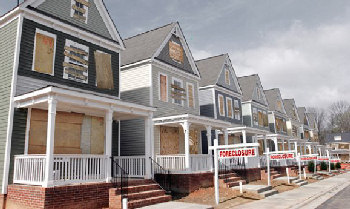 according to foreclosure tracker RealtyTrac. The slowdown in activity came as lenders reviewed foreclosures in the pipeline after bank servicing employees admitted to making illegal forgeries on what is likely to be millions of foreclosure documents.

The report also shows that a total of 2.7 million foreclosure filings with made against residential properties with default notices, scheduled auctions and bank repossessions during the year, accounting for 1.45% of U.S. housing units. The rate was the lowest foreclosure activity since 2007.

The time it’s taking to foreclosure on a homeowner is also taking longer as lenders servicing companies are bogged down with the increasing tsunami of foreclosures. In the fourth quarter it took an average of 348 days to formally complete foreclosures, up from 336 days in the third quarter. The slowdown rose 24% from an average of 281 days in late 2010 as mortgage holders and renters remain in homes longer as a result.

“Foreclosures were in full delay mode in 2011, resulting in a dramatic drop in foreclosure activity for the year,” said Brandon Moore, RealtyTrac chief executive officer. “The lack of clarity regarding many of the documentation and legal issues plaguing the foreclosure industry means that we are continuing to see a highly dysfunctional foreclosure process that is inefficiently dealing with delinquent mortgages, particularly in states with a judicial foreclosure process.” 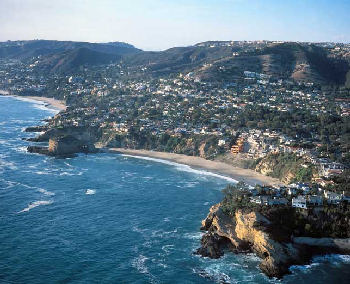 December foreclosure filings, however, surged placing 205,024 homes, condos and townhouses in the foreclosure pipeline. The filings dropped by 9% from November, but showed an upturn in activity was developing in the final foreclosure step for the year.

Hard hit Nevada, Arizona and California topped the nation in the number of foreclosures for 2011, with 6% of housing in Nevada receiving at least one foreclosure filing during the year. Foreclosure activity, however, in Nevada dove 35% from the third quarter as a result of a new law (AB 284) that went into effect in October requiring lenders to file an affidavit proving proof of ownership before starting a foreclosure.

Apparently feeling the impact of the new Nevada law going into effect and the possibility of one being adopted in California, month over month initial foreclosure notices also fell in December 38% from November. Arizona also saw foreclosures plummet 41% for the month, but still registered the nation’s second highest foreclosure rate for the third straight year.

One in every 31 California housing units (3.19%) had at least one foreclosure filing during the year. Georgia posted the nation’s fourth highest rate, with 2.71% of its housing (one in 37) being posted with at least one filing in 2011. Utah was fifth, with 2.32% of its residential properties receiving a foreclosure notice.