Record high prices farmers are being paid for crops in the Mid-West are pressuring home prices, and are forecast to inflate home values as the real estate collapse 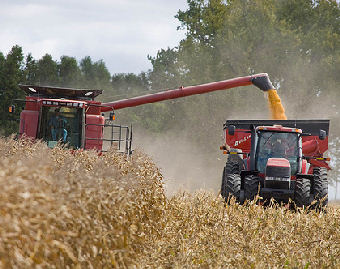 moves closer to an end for part of the U.S. in 2012, according to the new Housing Predictor annual forecast.

In all, a total of 15 states will witness at least some cities with inflating home prices, despite the horrific foreclosure crisis and ailing economy in many other regions.

Prices farmers are collecting for corn used in ethanol production, soy beans and even cattle are sending the economy in Kansas into an economic recovery. Iowa is also seeing higher corn prices push home values, while Nebraska is experiencing agriculture improve its economic base with increases in other sectors, including insurance and financials.

Housing inflation is forecast to top out at 5.8% in Kansas City in 2012, which tops Housing Predictor’s best 25 housing markets list for the year. Record low mortgage rates and a greater willingness on bankers’ parts to make home mortgages in the region will aid the market in its recovery, despite an over abundance of homes lingering in the shadow inventory not yet accounted for by lenders as foreclosed.

West Virginia is also projected to see higher housing inflation as retirees move to the state for greater affordability. The state has suffered through long decades of economic pain with one of the nation’s highest poverty rankings, but lower home prices coupled with record low mortgage rates are assisting the regions housing recovery. 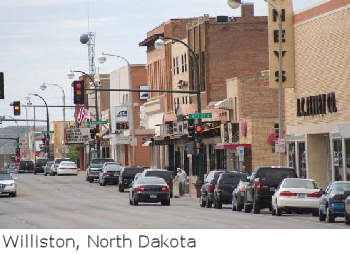 As one of the nation’s least affected areas of the country, Oklahoma will also experience a recovery with higher home values. With improving conditions, farmers are able to hire more workers to increase production.

Communities in Texas, North Dakota and South Dakota are projected to experience better housing markets due to energy exploration and production. Dallas has one of the most business friendly environments in the country, which will act to usher in improving conditions.

A housing shortage has developed in some of North Dakota’s smaller communities like Williston, attracting major national home builders to the region.

The rich oil patch has turned the community into a destination for many out of work laborers seeing swarming armies of workers tapping once unreachable caches of oil. The skyrocketing cost of housing in Williston has sent workers into temporary manufactured housing before new residences can be built.

Flooding that damaged or destroyed thousands of homes in Minot also made a tough situation worse for the region. But the lack of housing will drive home prices higher in the area helping to grow the local economy in areas that were hardly impacted by the collapse in real estate else where.