By Mike Colpitts
Foreclosure starts rose for the first time in more than two years in May, signaling a resumption of formal bank repossessions of homes 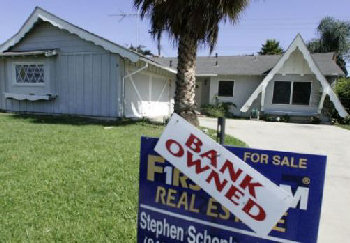 with mortgages in default after months of slower foreclosures. Initial filings were lodged against 205,990 U.S. residential properties, according to RealtyTrac.

The increase accounted for a 9% hike in bank filings for the month after lenders resumed preparations to take back properties following slowdowns as a result of the robo-signing scandal, in which as many as 4.5 million homes were illegally foreclosed by banks and mortgage servicing companies.

Foreclosure starts increased in 33 out of 50 states — 17 states with the judicial process and 16 with the non-judicial process. Following three straight monthly declines to a 49-month low in April, bank repossessions (REOs) increased 7% in May. Lenders completed the foreclosure process on 54,844 homes during the month, still down 18% from May 2011.

“Based on the rise in pre-foreclosure sales we’ve seen so far this year, a higher percentage of these new foreclosure starts will likely end up as short sales or auction sales,” said RealtyTrac CEO Brandon Moore.

An increase in bank assisted short sales is developing in many regions of the U.S. as lenders increasingly work with homeowners to sell their underwater homes at less than what is owed on mortgages. The short sales hurt homeowner’s credit less than a foreclosure would.

“More banks are now recognizing that treating the problem of delinquent mortgages with short sales rather than bank repossessions can help them minimize their losses and also avoid taking on more REOs,” said Moore.

Georgia foreclosure activity soared 33% for the month, pushing the state to post the nation’s highest foreclosure rate for the month. Atlanta, the state’s largest metropolitan region, however, is also showing signs of growth, especially in its commercial real estate sector, where construction is taking place after more than 20 years of growth.

The state jumped past Arizona, Florida, California and Nevada to post the nation’s highest state foreclosure rate in May, the first time since February 2006 that Georgia’s foreclosure rate has ranked highest among the states.