Nearly half of U.S. homeowners with a mortgage spent $75,000 or more on housing expenses in 2010, according to data provided by the U.S. 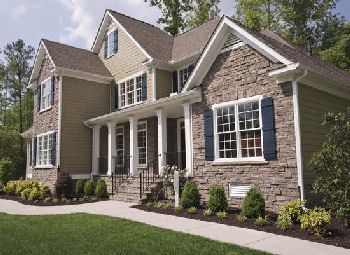 Census Bureau. The staggering amount represents 49.2% of homeowners with a mortgage in 2010, the most current government figures available.

The just uncovered statistic shows just home many homeowners were spending an excessive amount of money on housing expences, which includes a mortgage, state property taxes, insurance and utilities.

The large amount of money devoted to expenses demonstrates that the majority of U.S. homeowners are battling to pay living expenses as the nation faces an all-time foreclosure crisis. An estimated 1.4 million mortgages are in serious default 90 days or more, according to real estate research firm CoreLogic.

There are an estimated 50.1-million homes with mortgages, census bureau data reflects. Another 21.3% of mortgage holders pay between $50,000 and $74,999 on housing expenses each year.

The high housing expenses clearly show that more homeowners are struggling to pay their bills than previously realized. An estimated one in four homeowners across the U.S. are underwater on their mortgages or owe more on their homes than the property could sell for in the current marketplace.

Declining home values in many areas of the country are also troubling homeowners. But a growing number of cities are experiencing housing inflation, including some of the previously hardest hit markets like cities in Florida, Michigan and the Mid-West.

Census figures also indicate that about half of U.S. mortgage holders have current mortgage principal in the amount of $200,000 or more, with just 11.1% holding mortgages with a balance of $500,000 or larger. About one-third of all U.S. single family homes are without mortgages.