Respondents to a new Housing Predictor survey seem as divided as Congress on how to handle the growing foreclosure crisis. However, 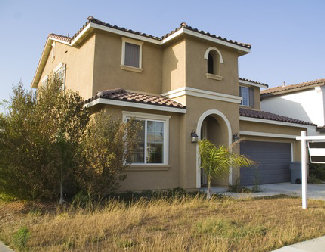 the largest percentage or 41% of those who took the survey said that the U.S. government should just let homeowners in default on mortgages get foreclosed.

The mixed outcome comes as the foreclosure crisis gains momentum in much of the U.S. and a new credit reporting agency study shows that a growing number of homeowners are strategically defaulting on mortgages. Some 25% of those polled said that the U.S. government should offer government backed mortgages to homeowners in default on their mortgages similar to what were offered during the Great Depression.

An equal number of respondents or 17% each said that either nothing should be done to help struggling homeowners or that the government (17%) should offer to buy-out troubled loans.

The division over just how the foreclosure crisis should be handled by government policymakers indicates that nearly six years after Housing Predictor was the first to forecast the crisis would develop into a massive epidemic, the public at least finally realizes that it is taking a major toll on the U.S. economy.

President Barack Obama says the housing market is “Probably the biggest drag on the economy,” which isn’t news to anybody. But what do you think the government should do to fix the housing mess?