Washington State became the twenty-fifth state in the country to outlaw extra home sale charges to the new owners of homes for 99 years. 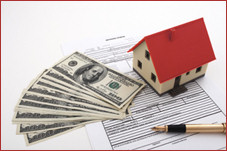 The action means that half of all U.S. states have now outlawed private transfer fees by adopting new state laws prohibiting their collection. But a federal effort to eliminate the charges may be held-up for years.

The fees are often hidden in the small legal print that new homeowners sign as they purchase property constructed in housing developments that use the fees to finance new home subdivisions.

The Federal Housing Finance Agency started an effort in February to make the fees illegal on a national basis, but the federal effort is set to take at least eight months before it becomes law, and could be tied-up in technical efforts orchestrated by the company that is marketing the fees for much longer. The proposal would halt Freddie Mac and Fannie Mae from providing mortgages on housing developments that allow the fees to be charged.

Manhattan, New York based Freehold Capital Partners is pushing the fees to be added to homes built in subdivisions that are financed through the fees in order to sell the covenants as securities to Wall Street investors. The fees are required to be paid every time a home is resold for a period of 99 years, netting investors a tidy profit.

Freehold opposes the federal effort to halt the fees collection, sending a letter to the Federal Housing Finance Agency in which it cited the federal regulations that require a detailed analysis to be conducted before such regulations can be adopted. 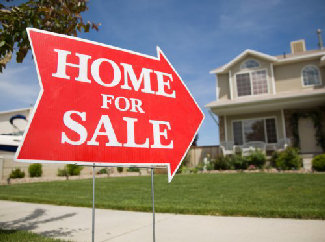 “In particular, when a regulatory rule impacts small business entities,” Freehold attorney Alfred Pollard wrote, “the agency is required to undertake a detailed analysis, and to adopt the least restrictive means for accomplishing the agency’s objectives, while minimizing the economic impact on the small business entities.” The move could hold up federal efforts to halt directing Fannie and Freddie from buying or insuring mortgages in affected subdivisions years as legal efforts are considered.

An estimated 170,000 homes in the U.S. already have the fees tied to their homeownership and the extra home sale charge is required to be paid every time a property is sold. A coalition of organizations, including real estate industry members, home builders, title companies and school teachers favor outlawing the fees that are covered by small print in the covenants of legal documents conveying the ownership of property.

“The Governor and Legislature stood up for Washington homeowners by protecting consumers from these for profit fees,” said Gary Kissling, president of the Washington Land Title Association. “This bill is an important step in enhancing consumer protections and safeguarding a fragile real estate market from further abuse. These fees have no place in the Washington real estate market, and we’re glad to see them banned.”