By Mike Colpitts
The chief U.S. government watch dog, the Office of Inspector General, will conduct a full audit of Freddie Mac and Fannie Mae’s procedures to 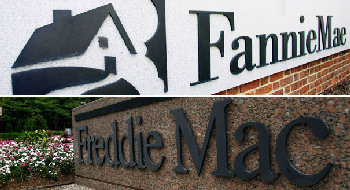 sell-off foreclosures. The announcement was included in a government white paper released without fanfare last week.

The nation’s mortgage giants have been bailed out by tax payers in excess of $187 billion so far as a result of the foreclosure crisis. Fannie and Freddie are managing major inventories of foreclosures, which are called REOs after they are officially repossessed by lenders. There were about 180,000 in both mortgage giants inventories combined at the end of 2011.

“The Enterprises are likely to face additional REO management challenges due to the fact that more than 1.1 million of the mortgages they presently own or guarantee are seriously delinquent,” wrote Office of Inspector General Director Richard Parker.

Day to day operations of both government backed enterprises is being directed by the Federal Housing Finance Agency (FHFA), started by the Obama administration. The governments watch dog is trying to prohibit additional financial losses with its inquiry prior to the launch of a government program that would sell bulk inventories of foreclosure homes to major investment groups at deep discounts.

“In these circumstances, FHFA has a critical responsibility to ensure that the Enterprises manage their REO inventories so as to minimize costs and mitigate the negative effects that foreclosed properties can have on the communities in which they are located,” said Parker.

The government is attempting to eliminate problems that have resulted in multi billion dollar losses to tax payers in the past, including major financial losses at the height of the Savings & Loan Crisis in the late 1980s. Tens of thousands of residential and commercial properties were sold for pennies on the dollar by the Resolution Trust Corporation (RTC) at the government’s direction.

Losses that were sustained were so massive that government officials could only estimate them to be in the “high billions of dollars.”